The 27th episode of weekly reports is out.

We begin with sketches of perhaps one of the most expected vocation: the necromancer. Then we will talk about our preparation for the pre-Alpha stage.

First of all, it is the hardest character to make. The reason is that the "attributes of death" like bones of the skull have a high poly background. Apart from that, we need to be certain about the image of it.

What one needs to know about a necromancer to make conclusions about his image:

Yes, that's right, if you see ragged edges of the robe in the game, know that the geometry there is often fully-fledged and rags are done with the help of textures and transparent materials. This not only saves time for 3D artists, but also saves our FPS

II How we prepare for pre-Alpha

We separated them into groups based on their ranking, provided them with an assortment of goods. We set prices in such a way that even during pre-Alpha one can dress his character up better than others with a little bit of effort. When it comes to a really good loot, one must grind mobs. The top level of items will be dropped only by named enemies, which will be hard to beat playing solo.

We didn't balance vendors yet, but we are not going to make the life of players too difficult. If anyone missed or forgot the article what it is all about, check the note about this particular mechanic. 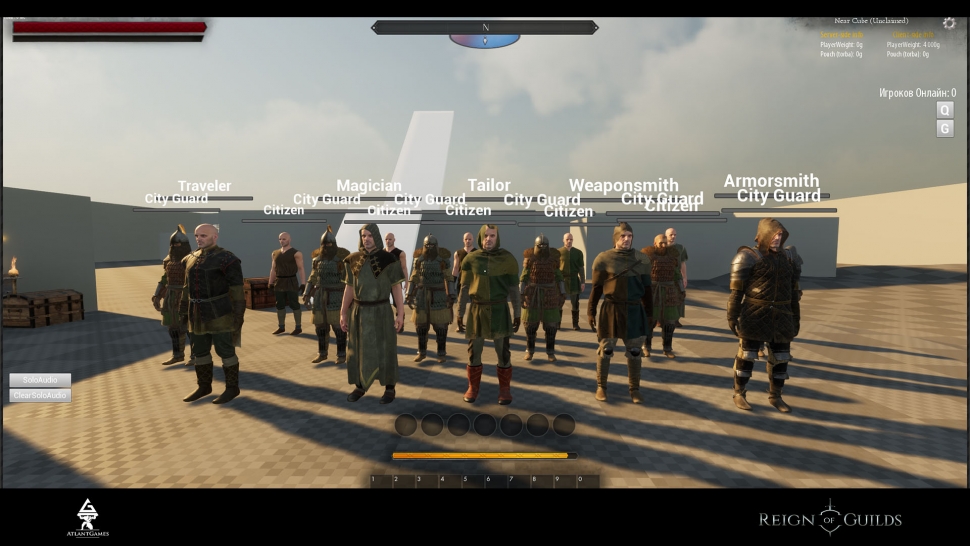 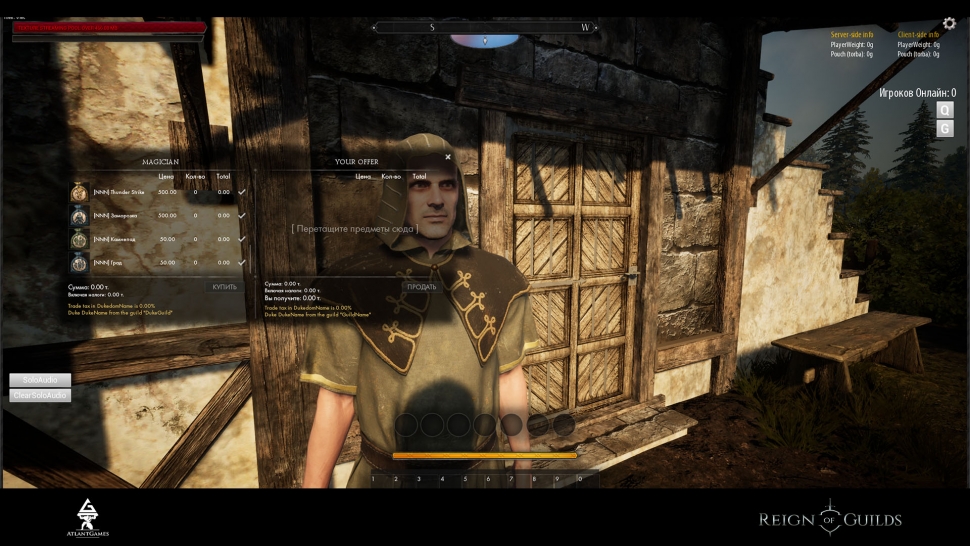 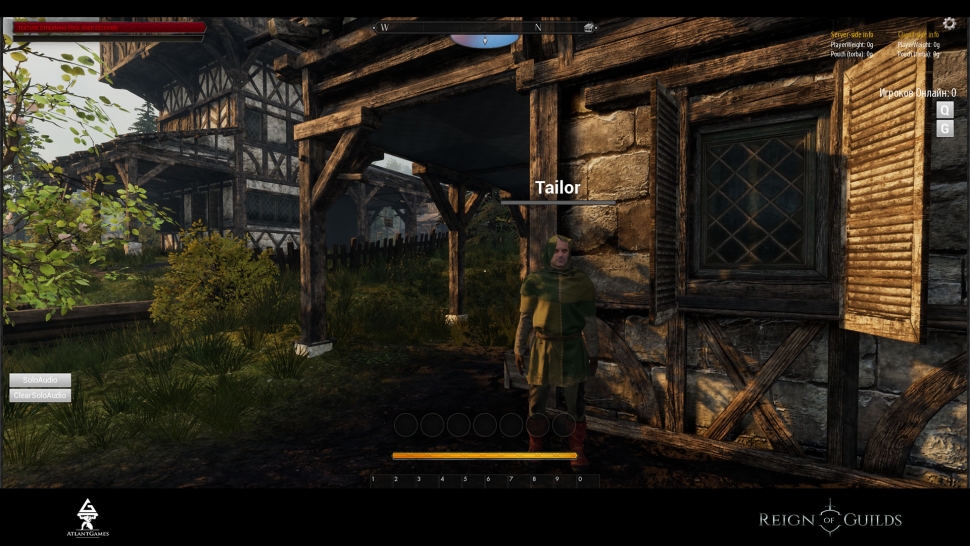 P.S. since we don't have plans to fully implement the characters’ appearance editor before pre-Alpha, all vendors will have exactly the same face.

Now let's move to a more complicated part: the lighting, which is the foundation of recently added to in the game TrueSky.

I would like to remind you that right from the start we declined the idea of dynamically changing seasons in the game world, since this imposes too many limitations as well as increases the load on our 3D artists (to be fair, it is necessary to make at least 2 versions of each item: one for summer, one for snow). At the same time, to add the variability to the surroundings, we divided the continents into 4 climatic zones: northern, near northern, summer and hot summer.

Meanwhile, we want to keep the influence of changing day-time and changing seasons on the gameplay, especially from the first person perspective. We even plan events that will influence lighting in the game. More details are in Report #5.

Seasons and the duration of daylight hours

As you might recall, the game begins on 10.03.1072 just after the death of the People's King and the beginning of the age of no power. This is why the titles of the king and the count are vacant, and nobody owns the castles.

Astronomical date of the beginning of the game is 10.03.1753. It's not possible to choose an earlier date.

In figure below one can see the duration of daylight hours in January/March/June. 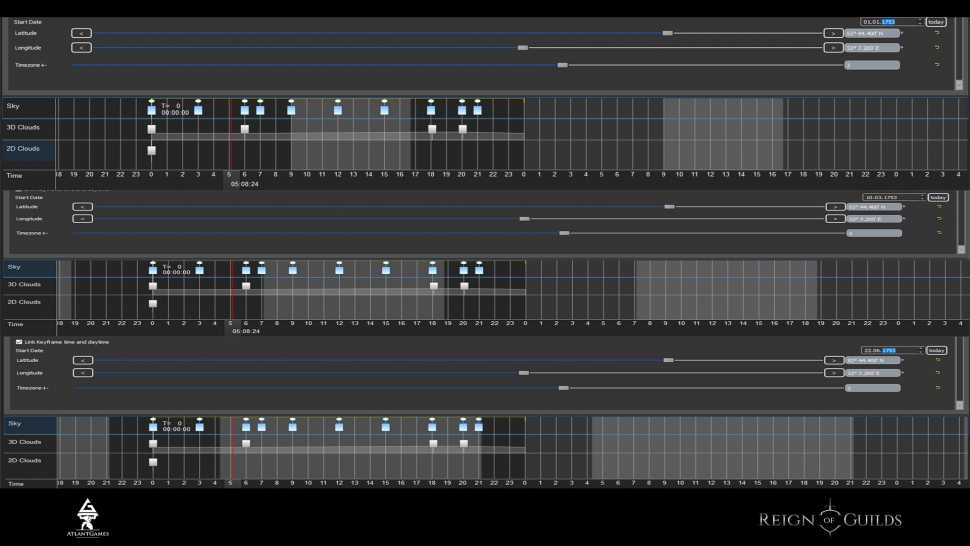 Also, an attentive reader will notice what coordinates we chose for our world.

It is such details that TrueSky impress with the most. Its team of developers gave huge functionality to studios with hundreds of parameters and a high degree of realism.

Imagine how surprised we were to discover everything worked well!) 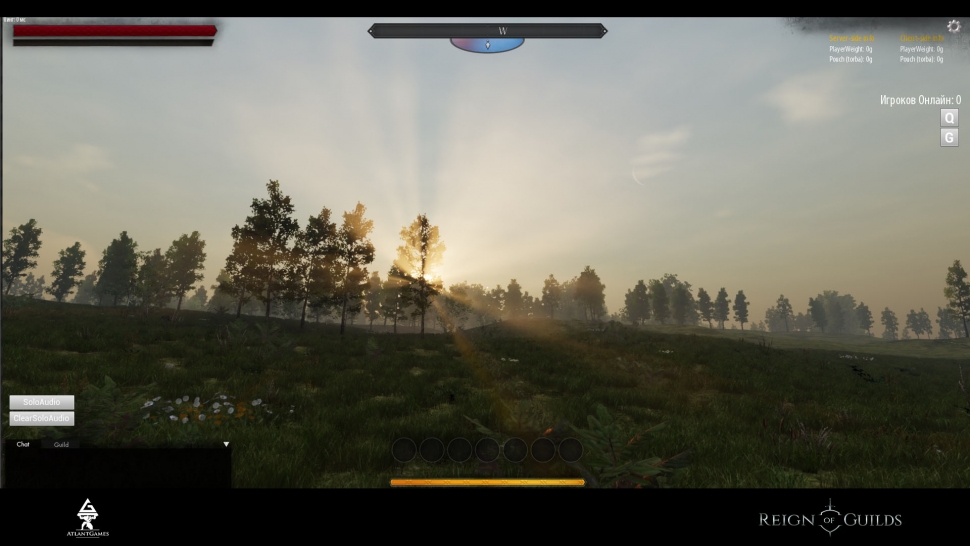 and 6:00 AM on 22nd of June. By the way, there is new grass on this figure already. The change happened due to complaints about the old one in the game!)

Influence of lighting on gameplay

Now let’s talk about the influence of daytime on gameplay and examples of how TrueSky works together with DFAO UE4.

First off, we specifically chose the southern region, because nights are brighter in the North due to reflections in the snow.

Secondly, we deliberately chose one of the darkest nights in January. This level of lighting is what we will set for our event nights.

In an open field, during even the darkest night, the visibility is acceptable. However, once one walks inside a thick deciduous forest, which blocks light sources, then the visibility level is similar to a tactical shooter, where lighting plays an important role.

After dozens of steps to the right, we are under the reflection of sunlight from the moon. Here one can see his stretched hands at least.

Here, for comparison, 6 PM in June/January at an abandoned tree felling spot. 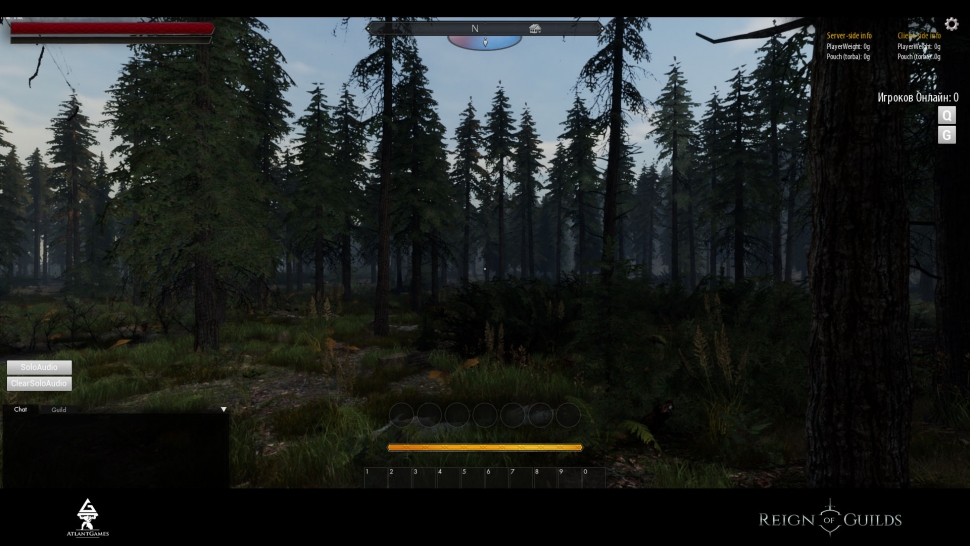 Perhaps, the majority would agree that presented above examples of dark nights for an MMORPG are rather questionable events, because they put limitations on players and even, perhaps, some sort of discomfort, or it forces them to adjust game and monitor settings.

In our opinion, the introduction of such elements should be connected to a mini-game. Its rewards should be quite valuable so it would be interesting to pull out a torch, gather a team, and jump into the forest to get, for instance, a magical plant, which can be gathered only during black nights. Or go for a hunt on werewolves in hope to overcome them and get a valuable loot.

What do you think about lighting during nights? Which games do you think feature optimal nights? Do we need mechanics of dark nights?

By the way, our game is magical after all. This is why not only torch will give lighting. If the players find the story interesting, we can add magic (buffs, for instance, “Owl”) which allows navigating better at night, but it will still reveal you in an open field even though at lower extent than the torch.

At last, here is just a screenshot of the forest with the new grass and "carpet” for the deciduous forest:

At the moment, we restrict visibility with the fog at a distance of approximately 1 km, whereas the fog has a conflict with the transparent material of water. This results in visual artifacts, for instance, the land is hidden with the fog while the water has clear borders at any distance. This is a small example of how an introduction of new technologies does not always happen without a problem. However, we are already working on improved water, which will not be in conflict with TrueSky.

In conclusion, we would like to share the happiest news of this week. The information came while we were writing this report. We have significantly improved the issue with the bug about animation shaking in big worlds on UE4 (as well as in any engine in general). Now we are actively testing the bug fix. For now, the impressions are positive.

Also, everyone registered at the new website will soon receive keys for pre-Alpha through the functionality of the forum. This is why if you have not registered yet – hurry! We urge everybody to avoid the creation of multiple virtual users. We will resume giving keys to guilds very soon. This is why there is no need to spawn one-day registrations. There are enough keys for all who registered in time.

The team of Reign of Guilds