The 30th weekly-monthly report is on!

We've been silent for a long time. And it has even confused some of you. This is why it’s so nice to reach out to you again and tell you what’s happening in great details since we’ve gathered a lot of materials.

Rebase origin or the war with the windmills

At first, we want to explain why we were silent. The 30th report might have marked the victory over the most complicated problem: it is the coordinates uncertainty when one moves more than 3 km away from the origin (0,0,0). It so happened that the first two counties were shifted by 10 km in the X- and the Y-axes which resulted in the catastrophe regarding the uncertainties. We’ve already discussed in details at our forum what sort of problems such uncertainties brought and told you about the methods for solving them. Also, due to this reason, we had to transition to UE4.22 and went against the road-map.

This is why we just mention here briefly:

If anyone among those who are reading this post thought that we did not realize negative consequences of the current arcade jumps (from the standpoint of animation and flying speed) and the bunny hopping they entail, then we would like to assure you it is not so.

It is just that everything has its time.

It would have been rather fascinating to cut this section of the report right here with the latter statement … No, we are going to discuss what is work-in-progress and what are the plans regarding the jumps:

We want to force the players to use fixed jumps and to eliminate the mechanics of the bunny jumping during combat completely by using this complex approach.

They have got some changes as well and they have become more realistic.

The 8th slot will be semi-passive since the buffs will appear there only after certain actions which are not related to actual magic casting. For instance:

We've had enough text already, time for some images.

We are still working with the TrueSky, since, even with some lack of polishing, the technology has a wider functionality from the game design standpoint.

The most important thing is that we’ve made the lighting richer and nights brighter.

We’ve moved the setting to the golden latitude to increase the average duration of the daytime. 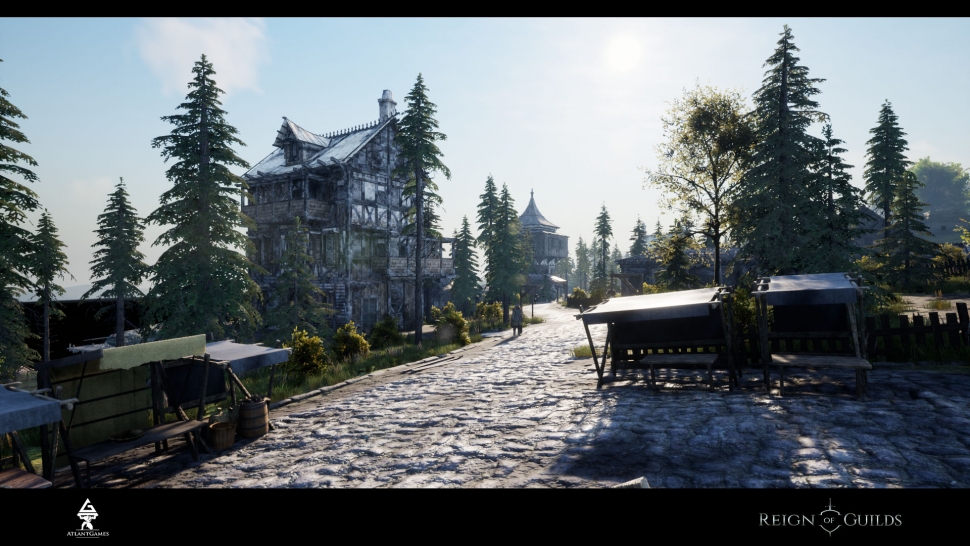 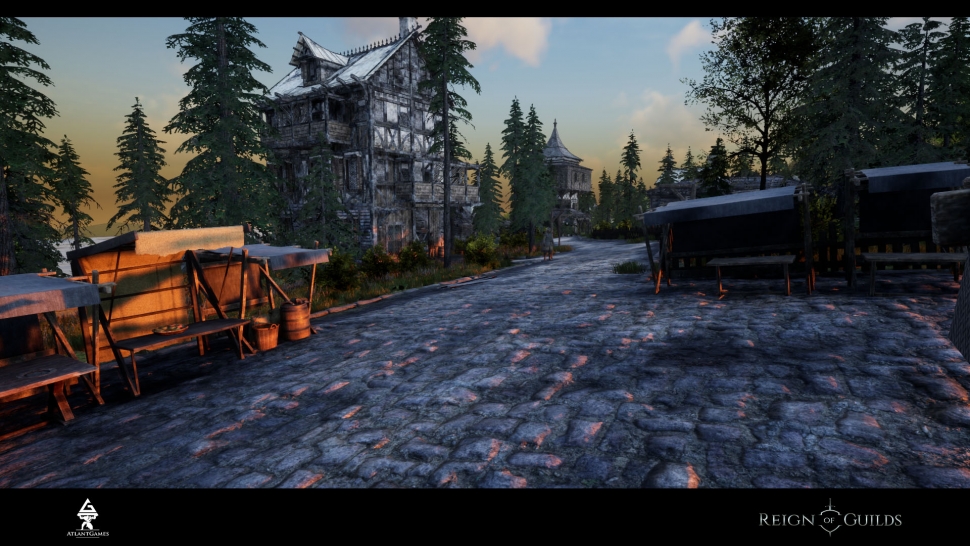 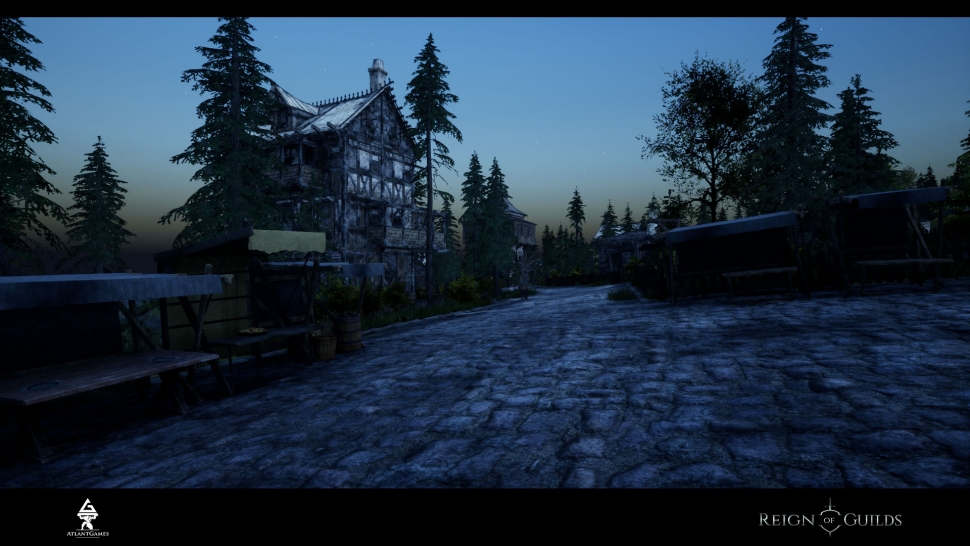 Today only animations and no description:

The animations of the attack will be redone from scratch later.

We talked long enough about the necromancer in the 27th and the 28th reports, we showed work stages. Now we will show his completed set, except the gloves.

We will show how we’re aging the armor with the help of the material using the robe as an example:

Step 1: the geometry with the base material 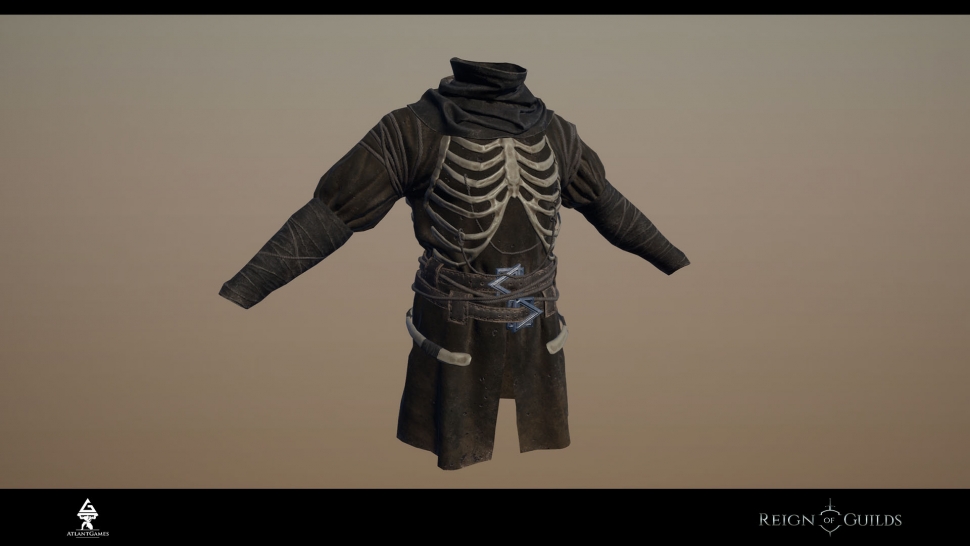 Step 2: the geometry and the material with the use of a texture with a “worn” alpha-channel (Diffuse map)

The rest of the items of his set will be shown for Step 1.

We concluded to have 3 headgears for the Necromancer (I, IV, and VI tiers) after your feedback.

On the 1st tier is only a hood:

In the 4th tier, a death mask split in two pieces and reattached with metallic clamps is added to the headgear: 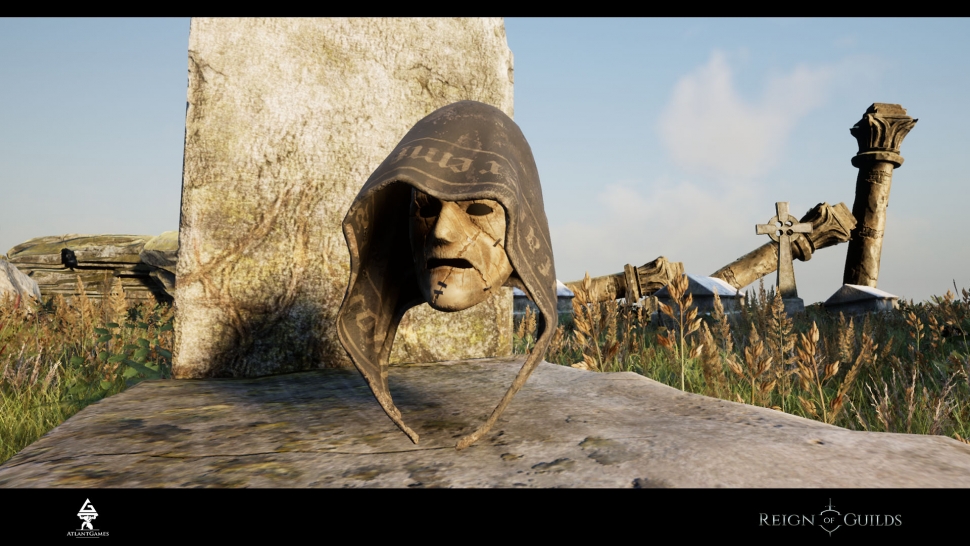 The 6th tier will feature a crown from metal and bones. However, the 6th and partly the 5th visual tiers of armor will be made later after we finish the 1-3 tiers of other items completely.

Other parts of the set:

Which part of the set do you like the most?

P.S. It should be noted that now we make all the screenshots at brightest lighting of the TrueSky right within the game world. This is why the scene is so full of light, unlike the separate scene we used before.

We are remaking the Crusader’s armor for the 5th level, because the armor is not universal for both the old characters and the new ones: 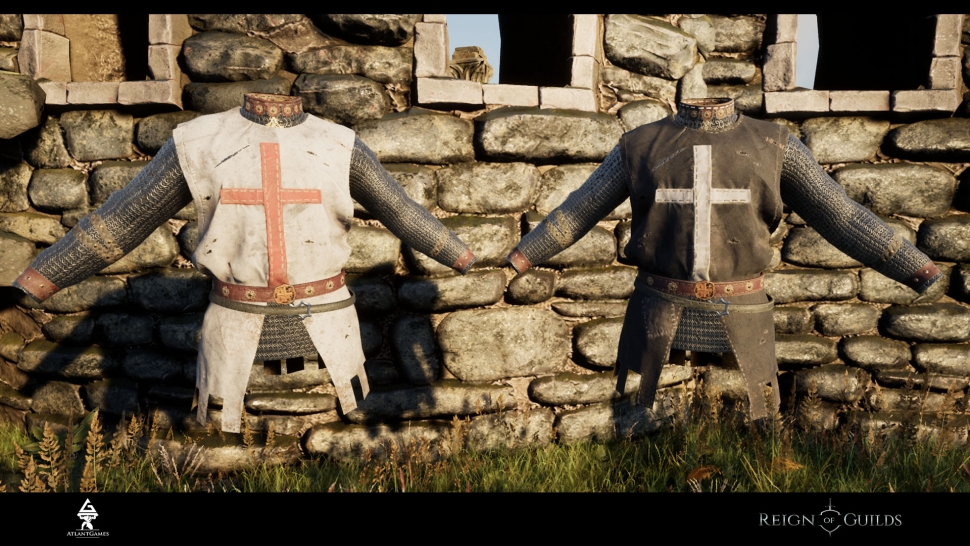 Unlike the Master of Steel, the Crusader on the 5th level has only chainmail, which is the 4th tier out of 6 based on general rules for the visual heaviness of armor.

However, the Crusader’s chainmail will have an increased resistance against magic. In this case, we proceeded with making several colors for future customization.

Regular chainmail with a tabard won’t have symbols of the Crusaders’ school, because it has nothing to do with it. However, it will get rather sympathetic colors: 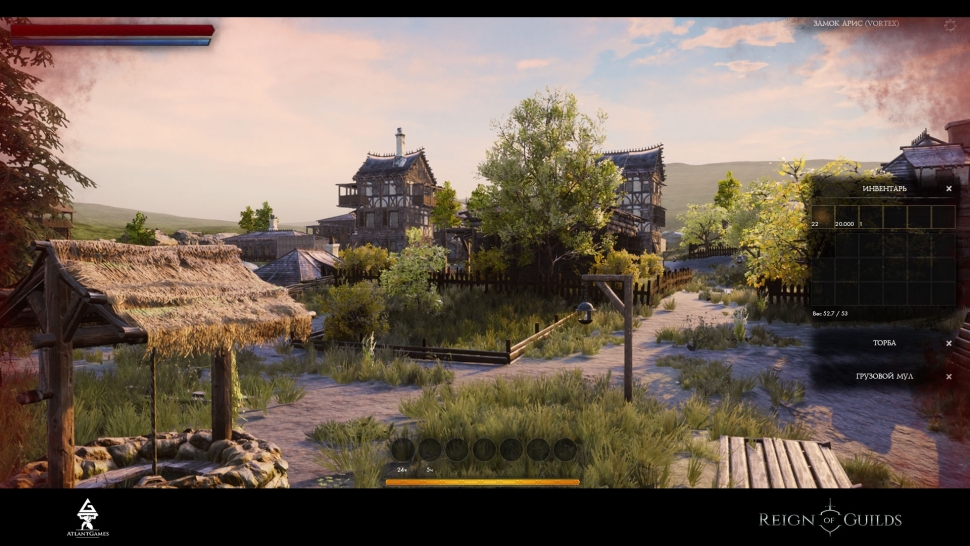 Interface for the guild window: 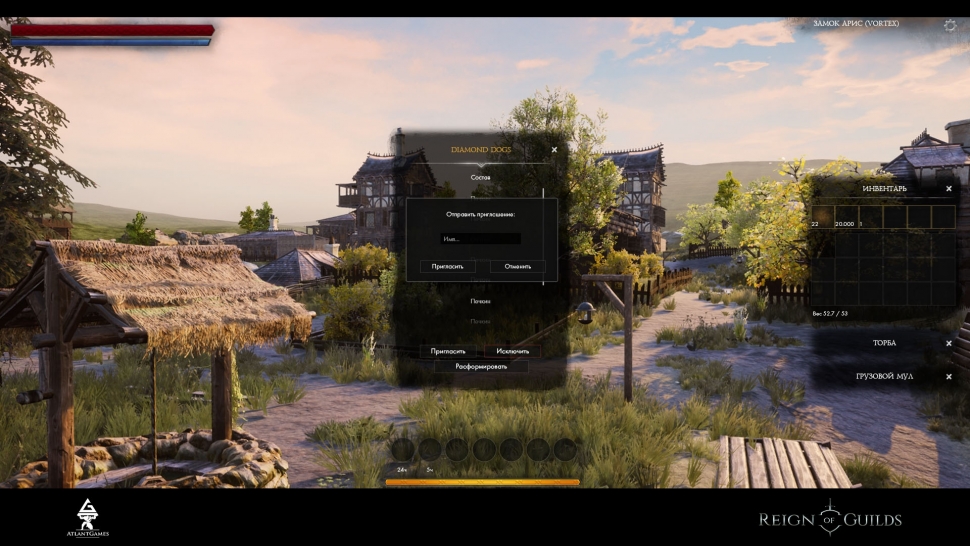 The best news is for last: during the publication of the current report, we've received a build, where most of the raised issues described in the first part have been tackled.

A dozen of brave men of the ROG Club, who got access to the most classified :) dev-PTR, will receive an invitation to update the game tomorrow. The ROG Club as a whole will join a bit later.

We've removed some content from the report because there is just too much information. However, at last, YO-YO version by ROG:

We will try to make the next report in the video format.

It's Tuesday evening. ROGgoms up, friends, cause now there is a reason indeed!

Yours sincerely,
The team of Reign of Guilds