15th Friday is on the air and we continue to talk about development.

Last report was large-scale in the units of letters. This report we will try to make shorter.

The features are typical for NPC with that type of weapon: slow and strong attacks, broad effective range, aggressive way of fighting, fearlessness.

Yes, in AI 2.0 will be provided the way and manner of fighting. No, we won’t promise a lot, a neural network  for the independent existence of an A.I. (artificial intelligence). But the A.I. will be usual and typical for MMORPG.

II Animations of a minotaur

We will tell about it in detail.

Habitat: instances and also the nests of the mini bosses in the open world (respawns of the world bosses);

Special attacks: tossing away with stunning by two hits, throwing up (target doesn’t respond to a controller, physic turns into a ragdoll);

Special skills: “ram attack”. Enraging it targets the most remote unit and pushes aside all obstacles on its way. Getting hit by the ram attack almost always causes the death of an unfortunate player.

Tossing away with a stun:

Throwing up and usual attack:

For walking animation we chose an asynchrony with a spasm of the left hand.

Today we will tell you a little about one more type of the siege weapons - ballista.

In fact, you can use ballistae during castle defence too but only at the high level castles.

Let’s start with the lightest ballista of level 1 (there will be 4 levels of the siege weapons in comparison with the items which have 12 levels).

The skins of basic ballista are shown on the screenshots below. It doesn’t affect the characteristics, of course. 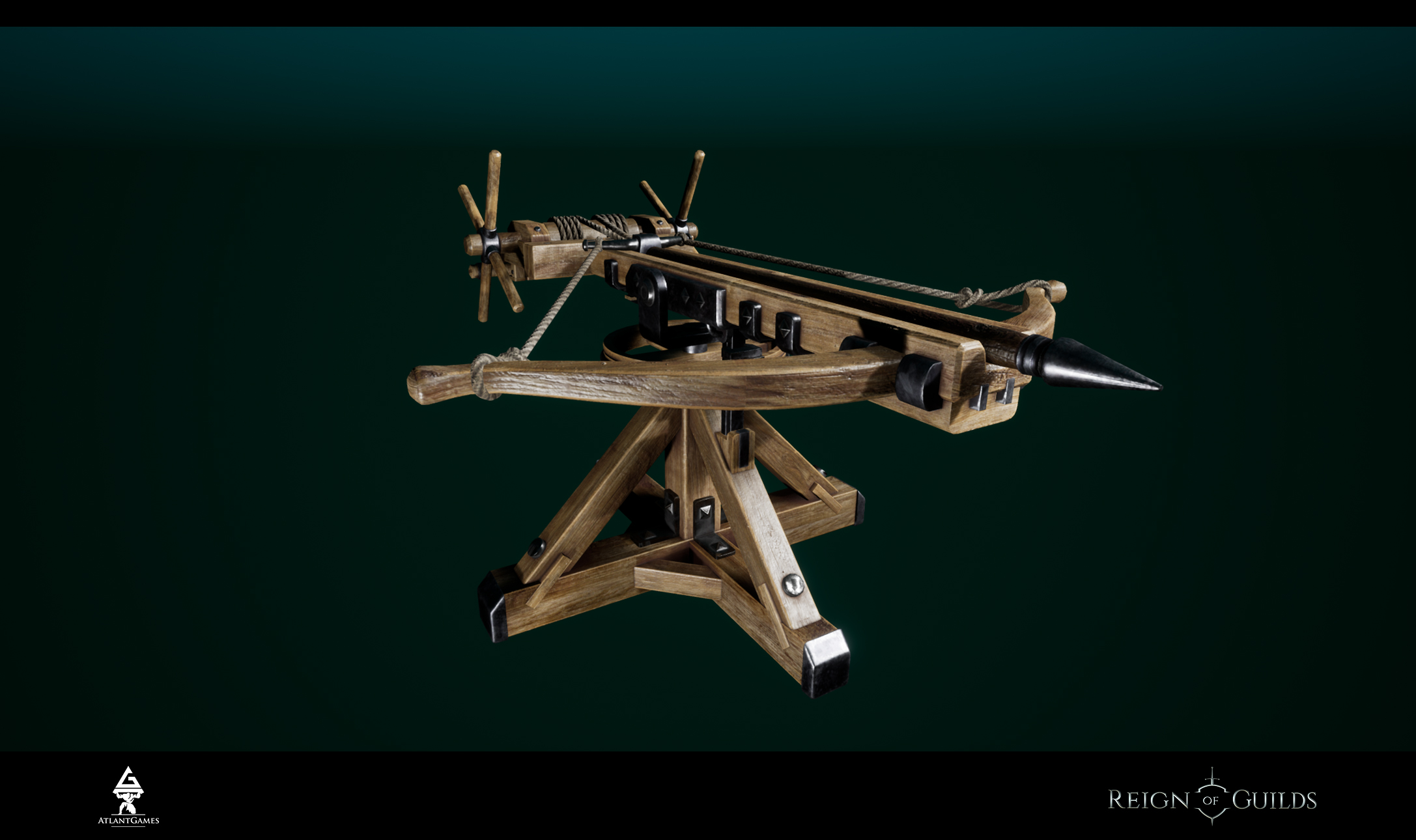 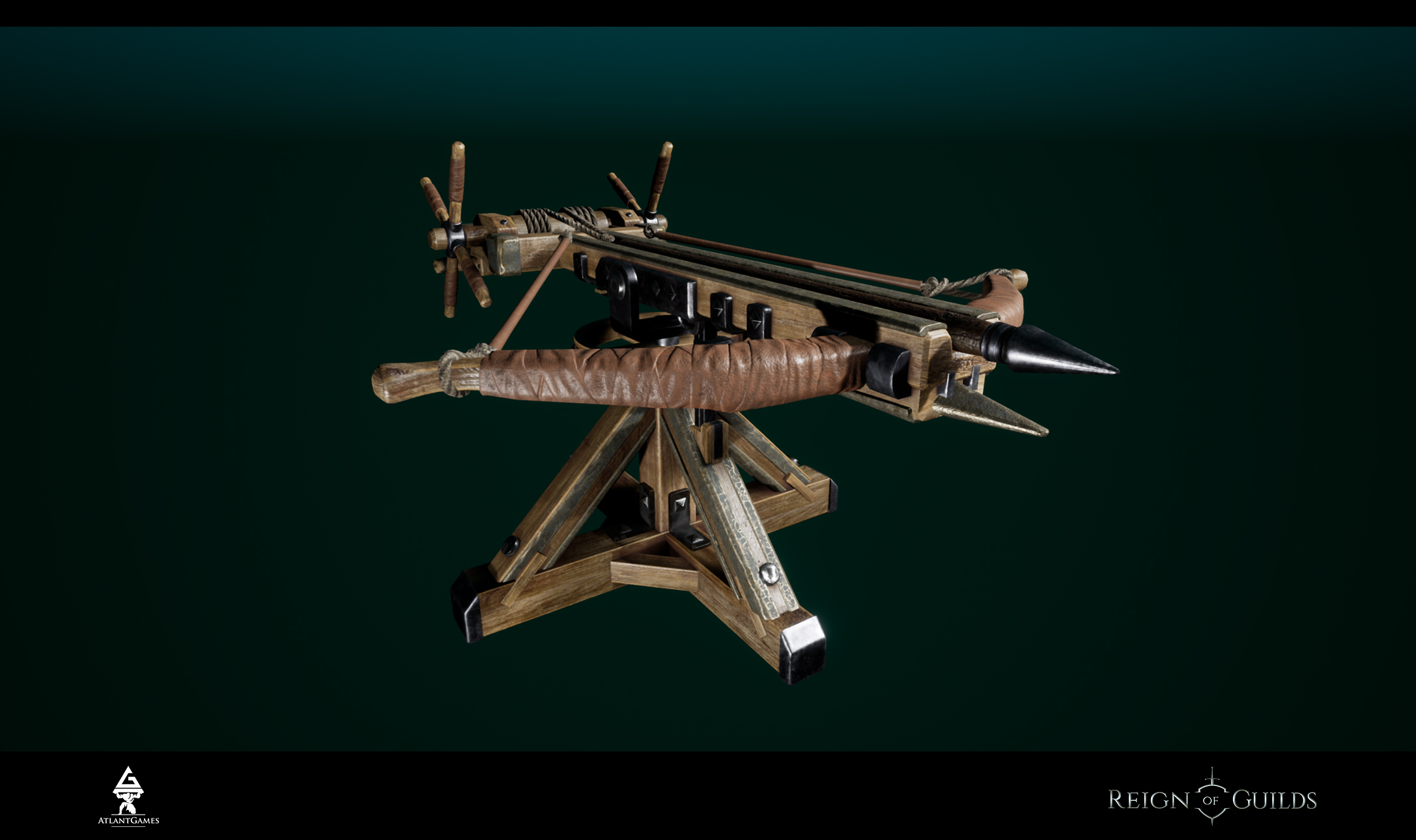 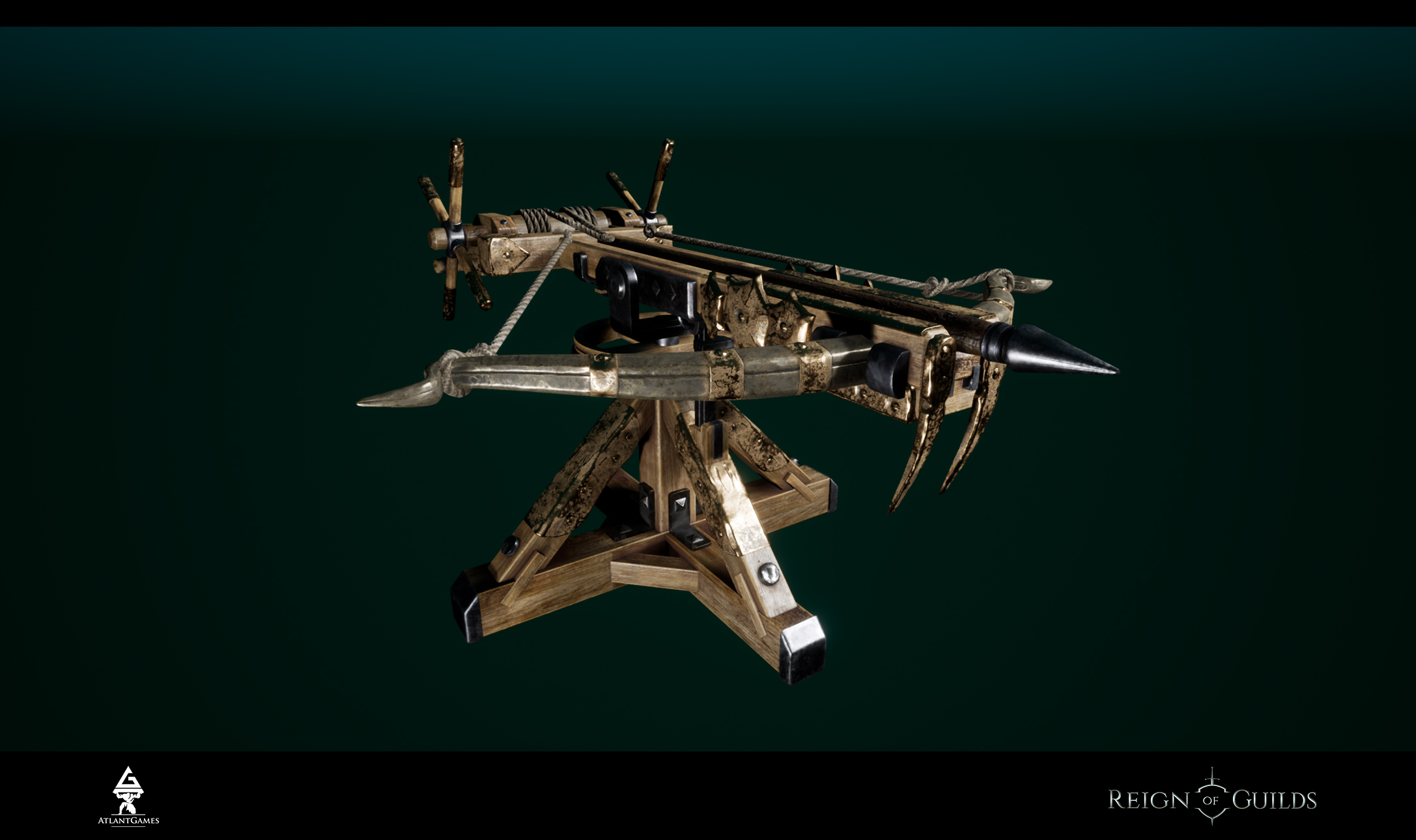 The siege weapons of the 1st level aren’t deliberately worse than the weapons of the higher levels. The main difference is that it is more suitable for mobile attacks, easier to control and requires less resources to create it.

The siege weapons had an aim not only to add a variability of tactics but also to create an additional resource requirements.

That’s why the requirements for controlling the siege weapons are not relied on the character level. As for the light ballistae, the number of attributes of physical development (precision and agility) will increase the controllability.

The control of a ballista will be implemented through the standard game controller for stationary weapons. The camera will become slow and inert, the sight will be shifted from the centre to the necessary side.

We are interested in your view about it so write it! Especially - if we should increase the controllability depending on the attributes.

It has more fire power, arrow range, sighting range. But it’s heavier and slower. The recharge is slower, the controlling is harder. The production and arrows are more expensive. Only professional can shoot at the moving targets. But such arrows are more suitable for the destruction of wooden gates at a distance. As for defence, it suits for the destruction of the siege weapons of enemies. 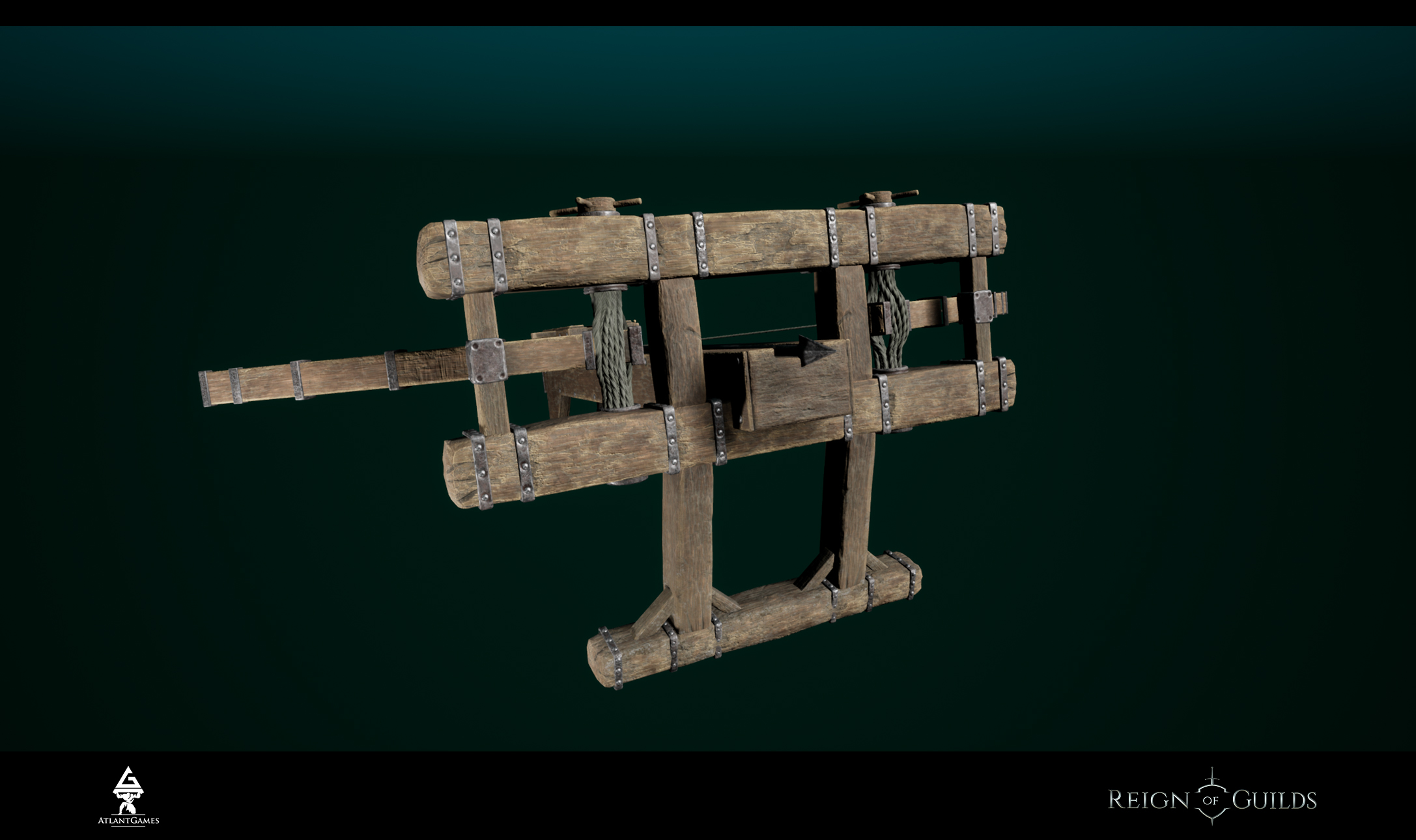 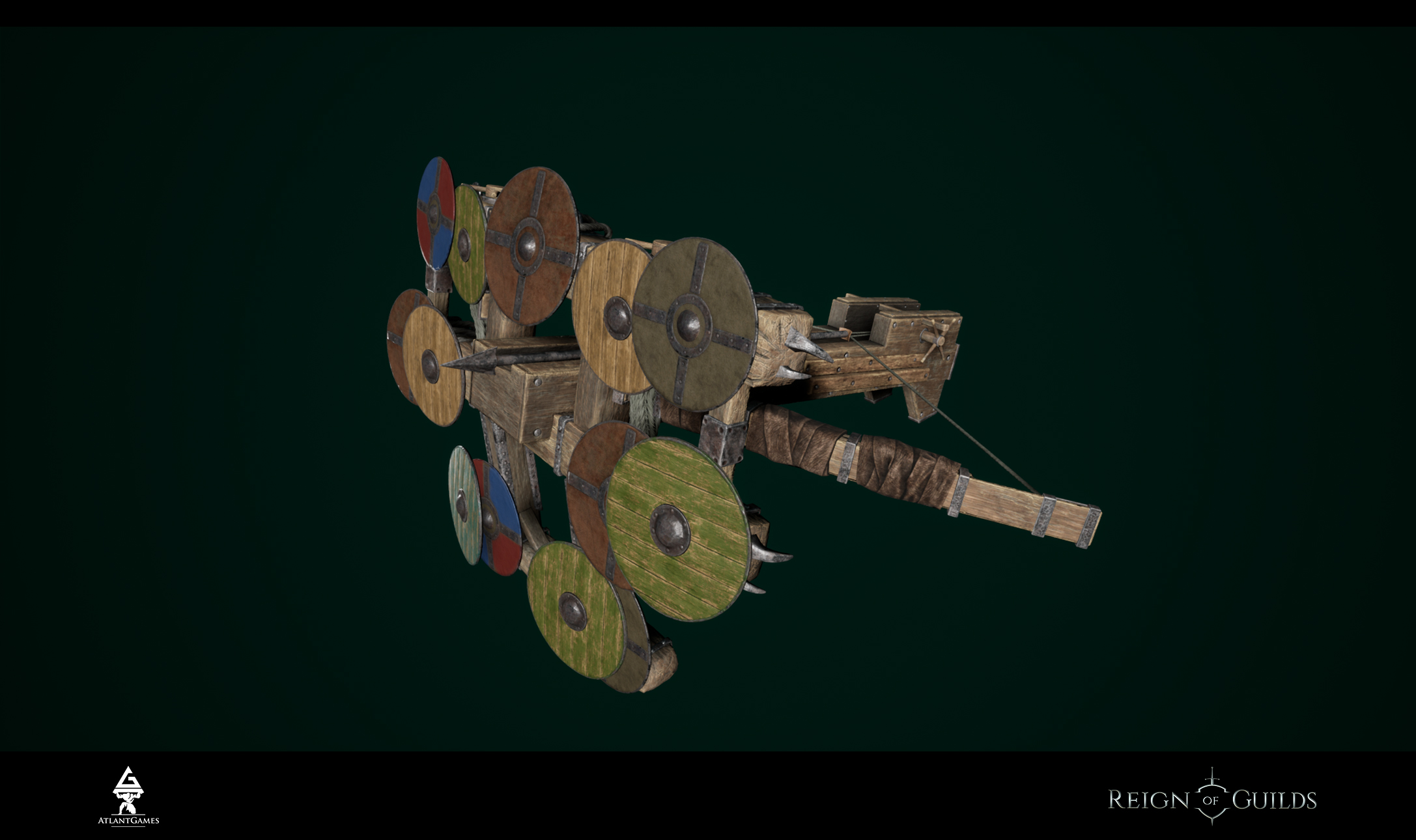 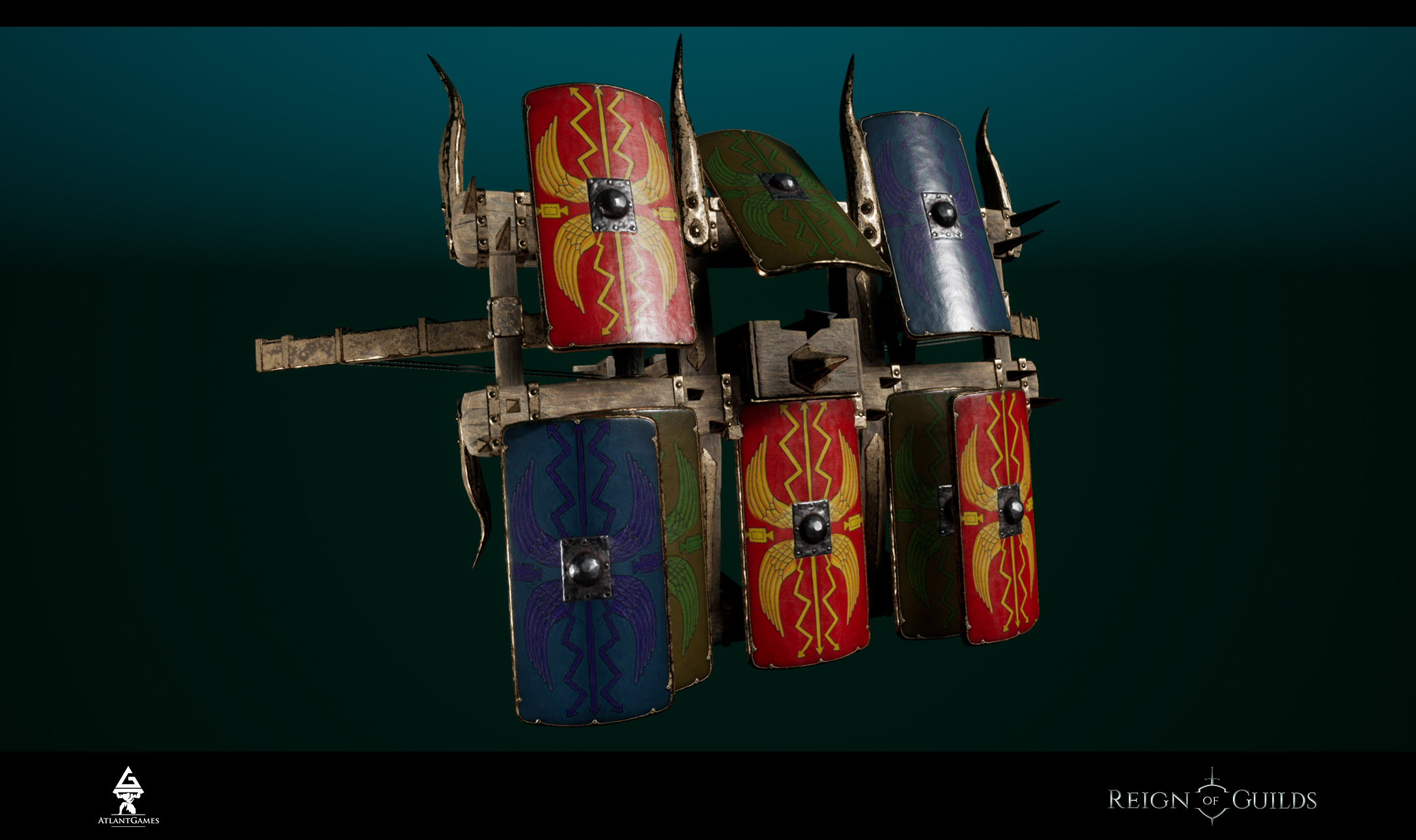 About heavy ballistae (level III) and its strengthened (level IV) versions we will tell later.

The first step of the pre-alpha is close to the release at PTR server.We wanted to share the new items for the man model so much that we added more than 60 items of equipment. We had to actualize a script of import to the characteristic engine from the table forms. Because there are the new parameters and we are ready to solve it.

The most interesting news about around-development:

That’s all for now! Take care and have a nice time.