Friday is on the air and we open the next ten reports.

Hello everyone and cut to the chase!

This week we worked on the diversity of light pants. Modellers still have the freedom to design it. 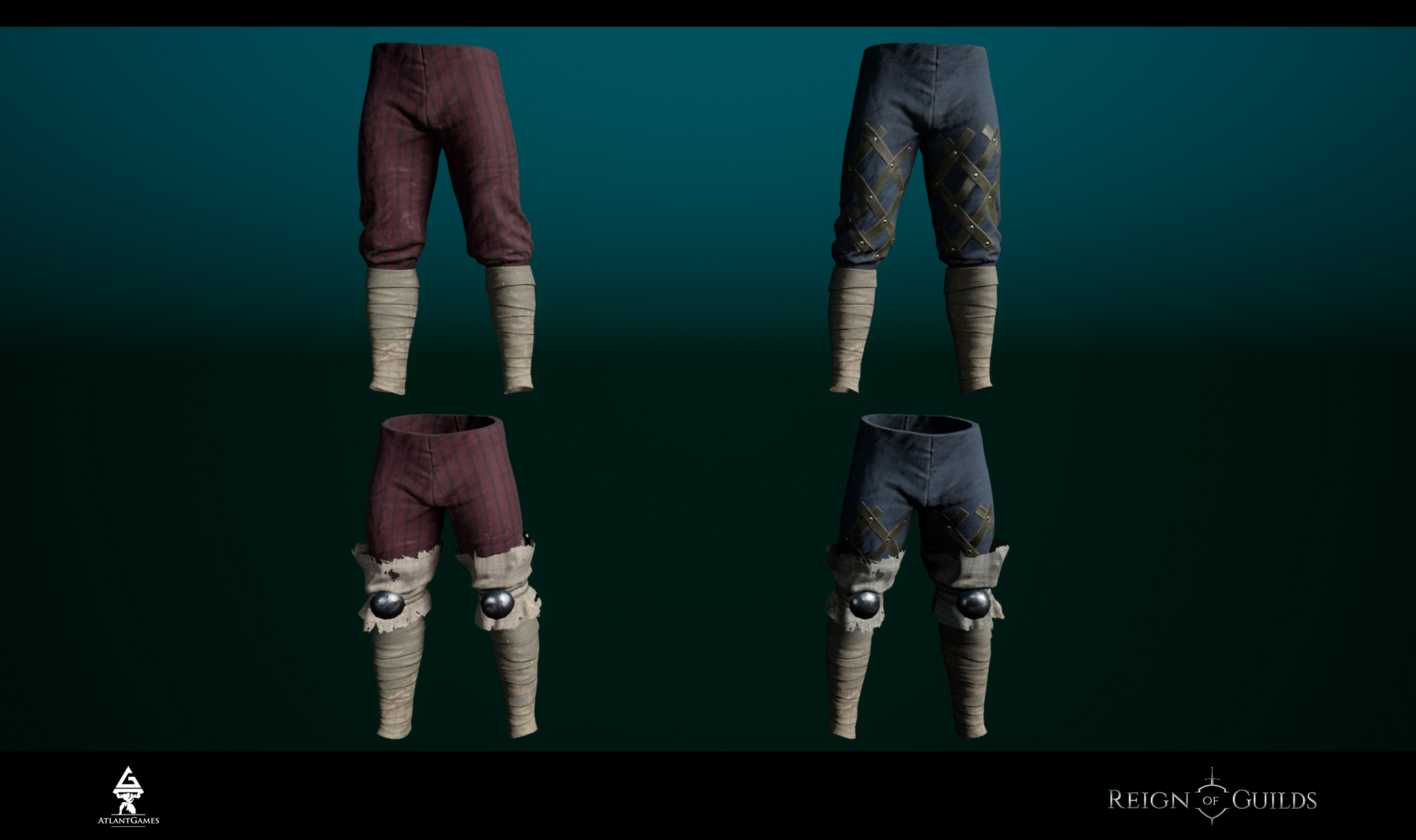 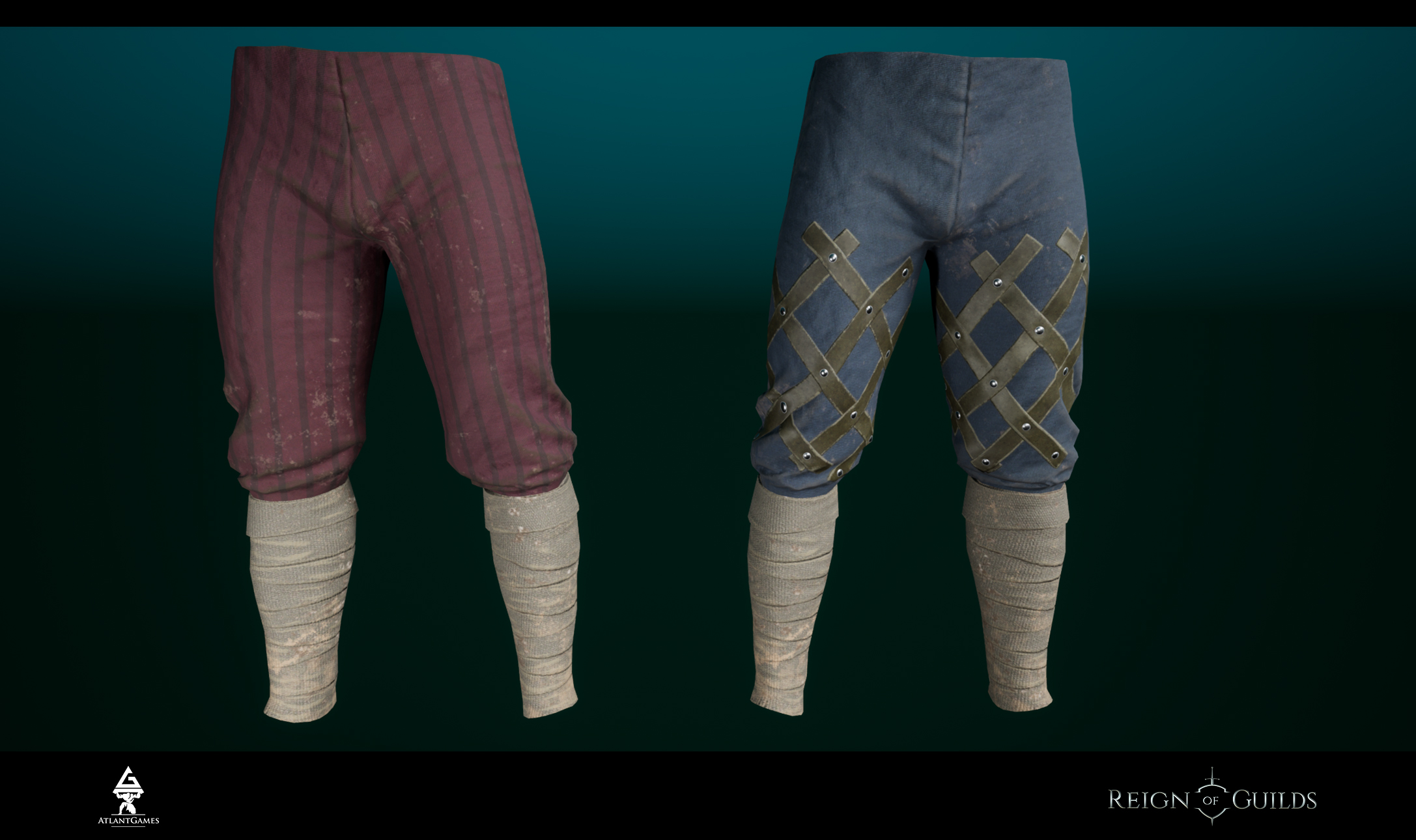 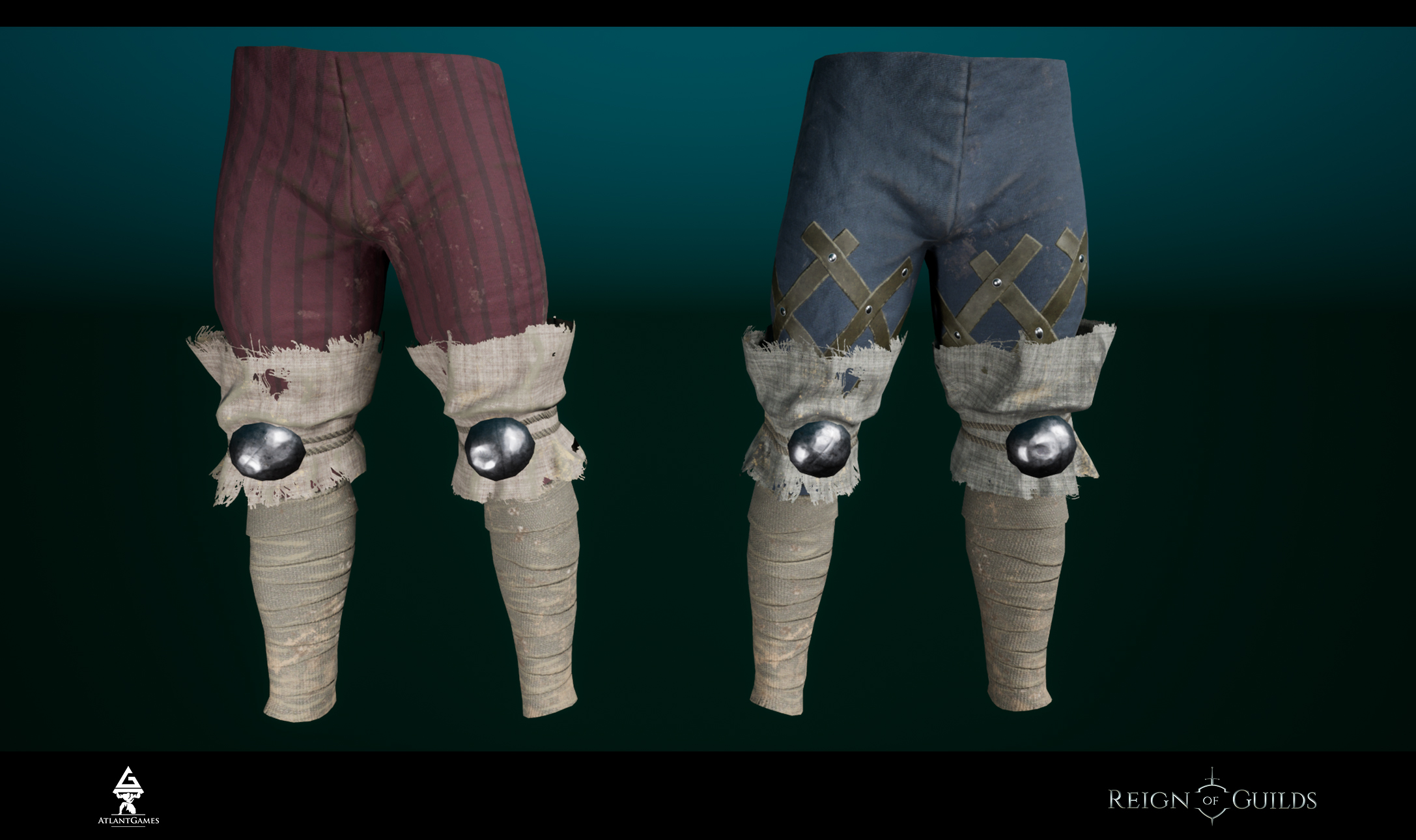 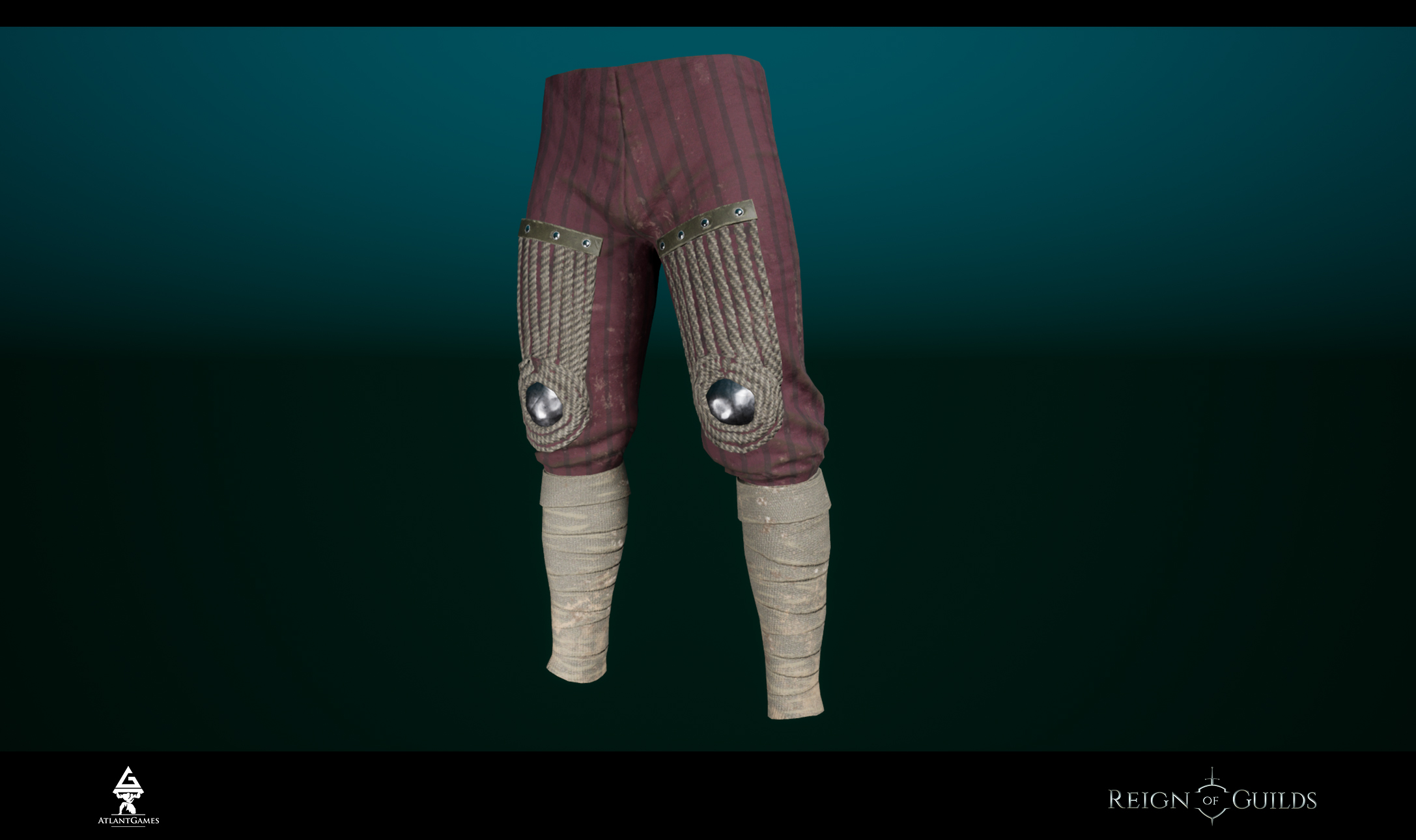 New modular system of armour and clothes is already in the works. But we forgot about one more detail, perhaps, the most important detail - underwear that would hide a nakedness when pants fell after death)

If this model was a separate model we wouldn’t have any difficulties. But we needed to make this skin (read as texture) look worthy. In this, the borders of underwear are very strict and come from the modular system.

That’s how it will look like. Yes, we wanted to make it older and more ragged on purpose. 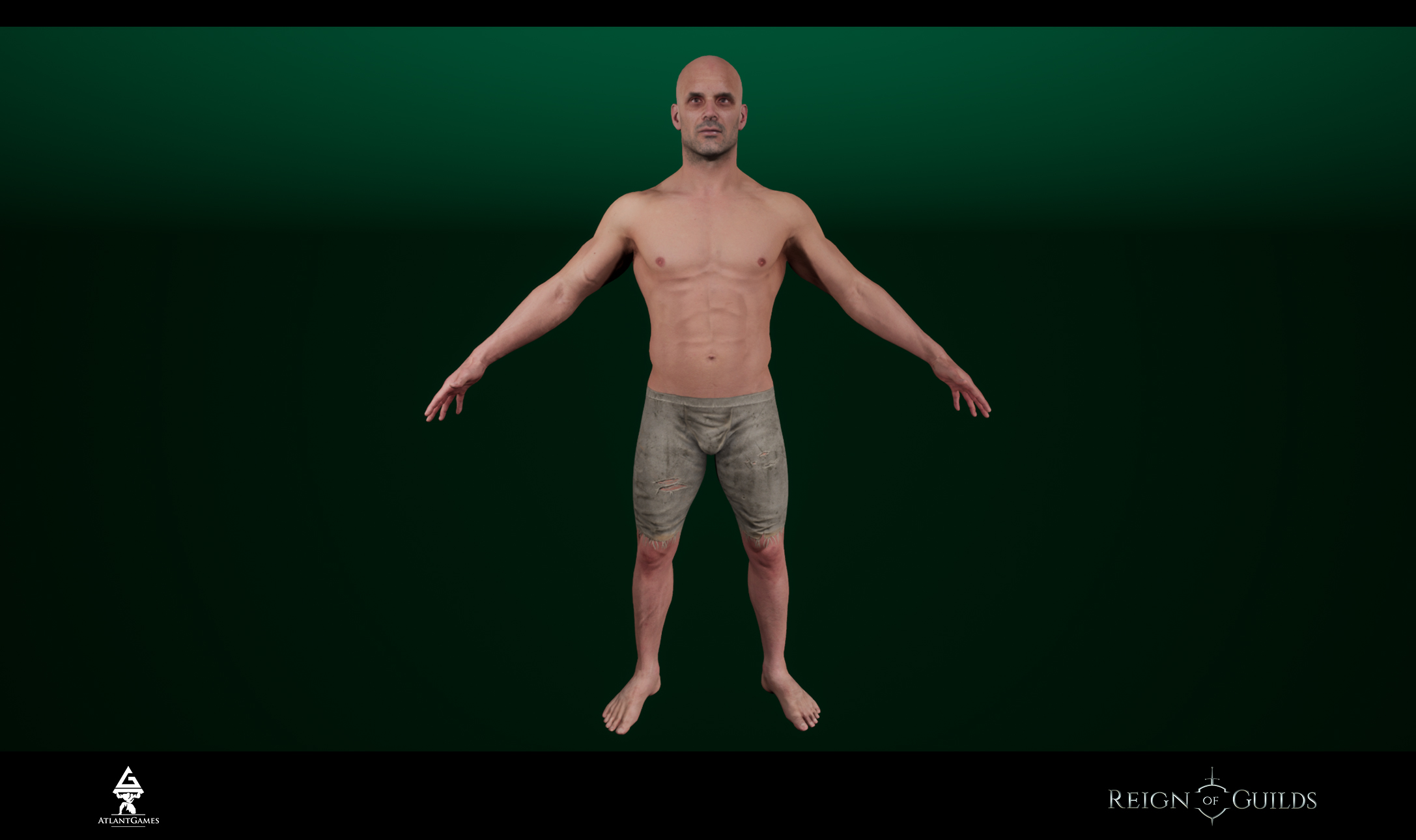 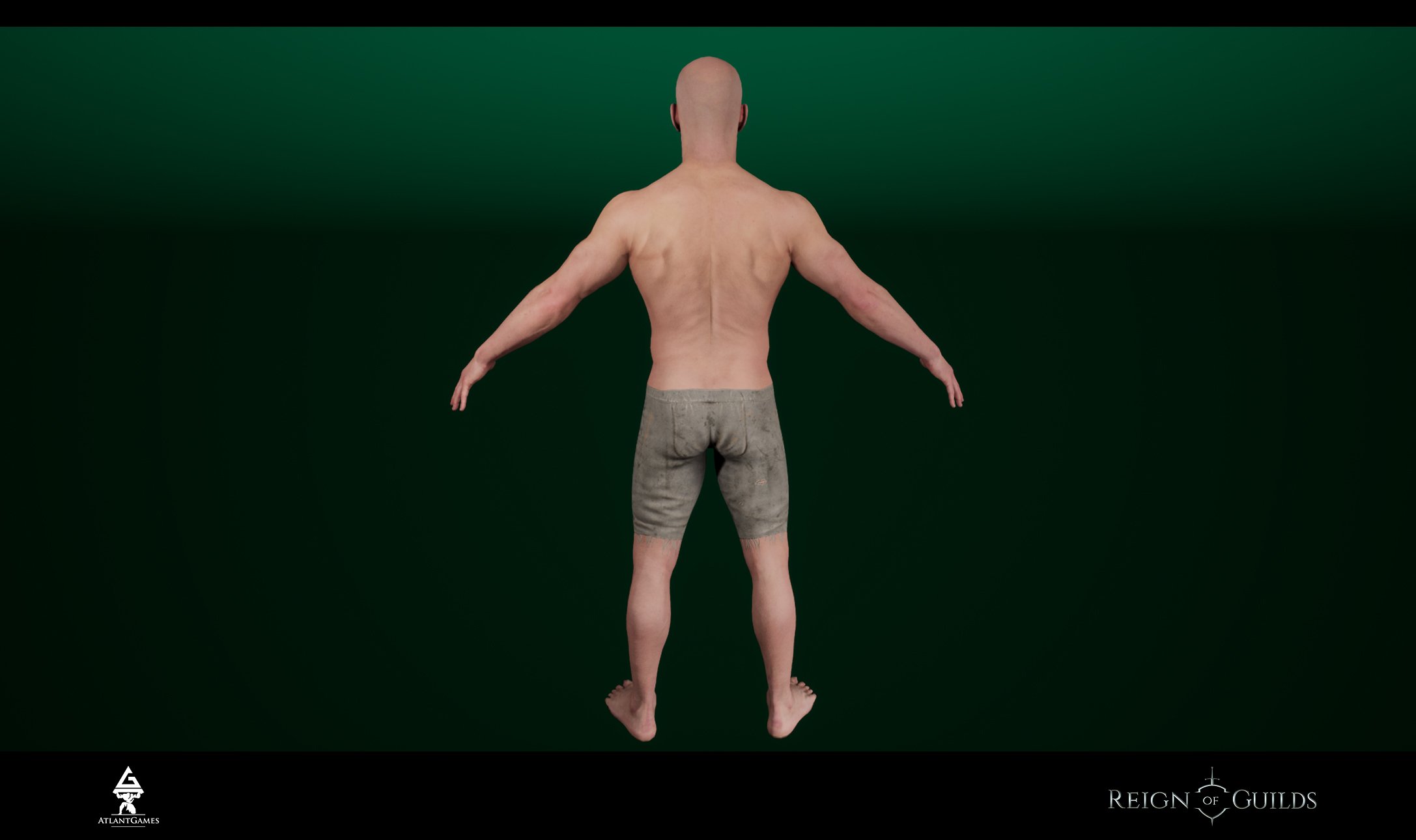 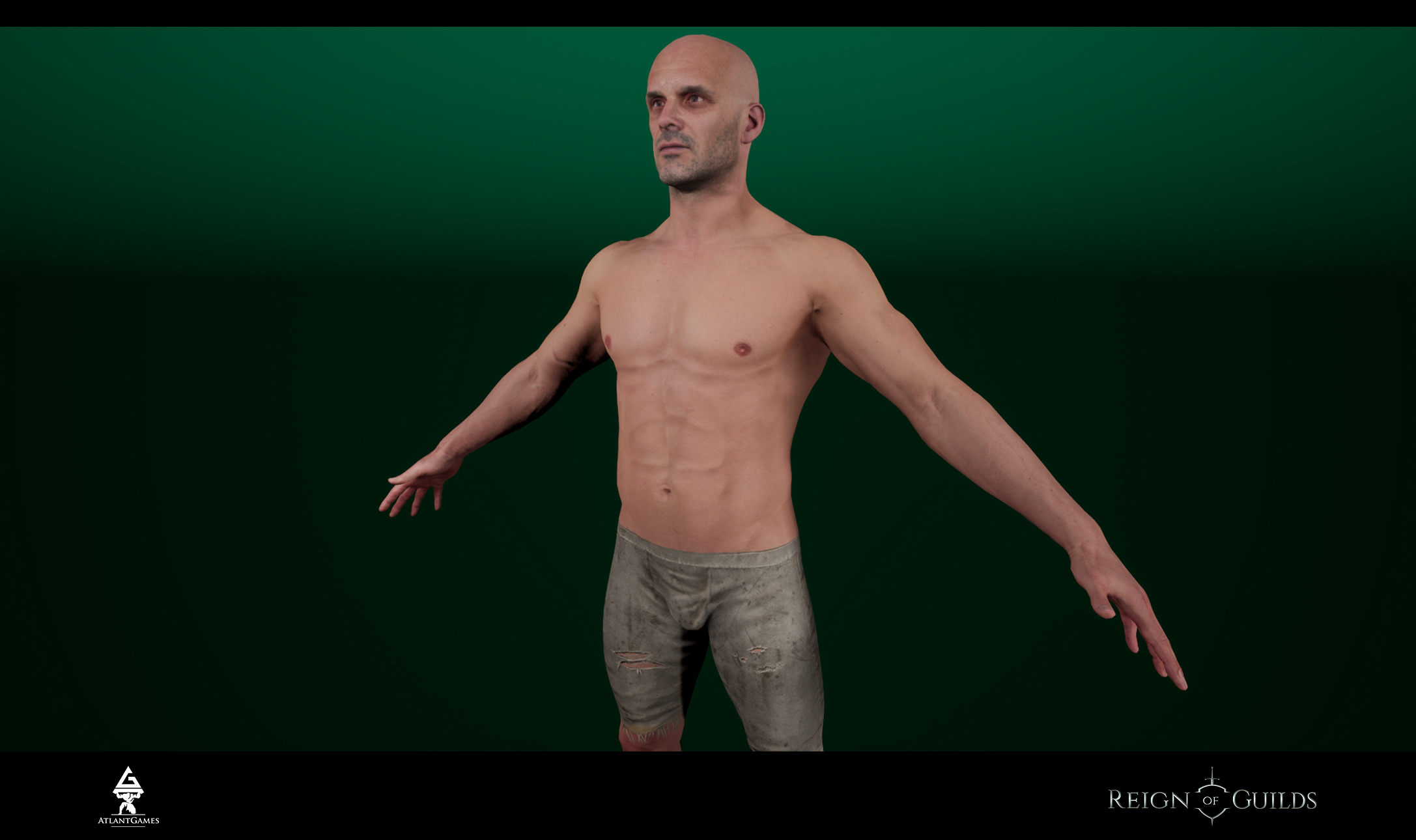 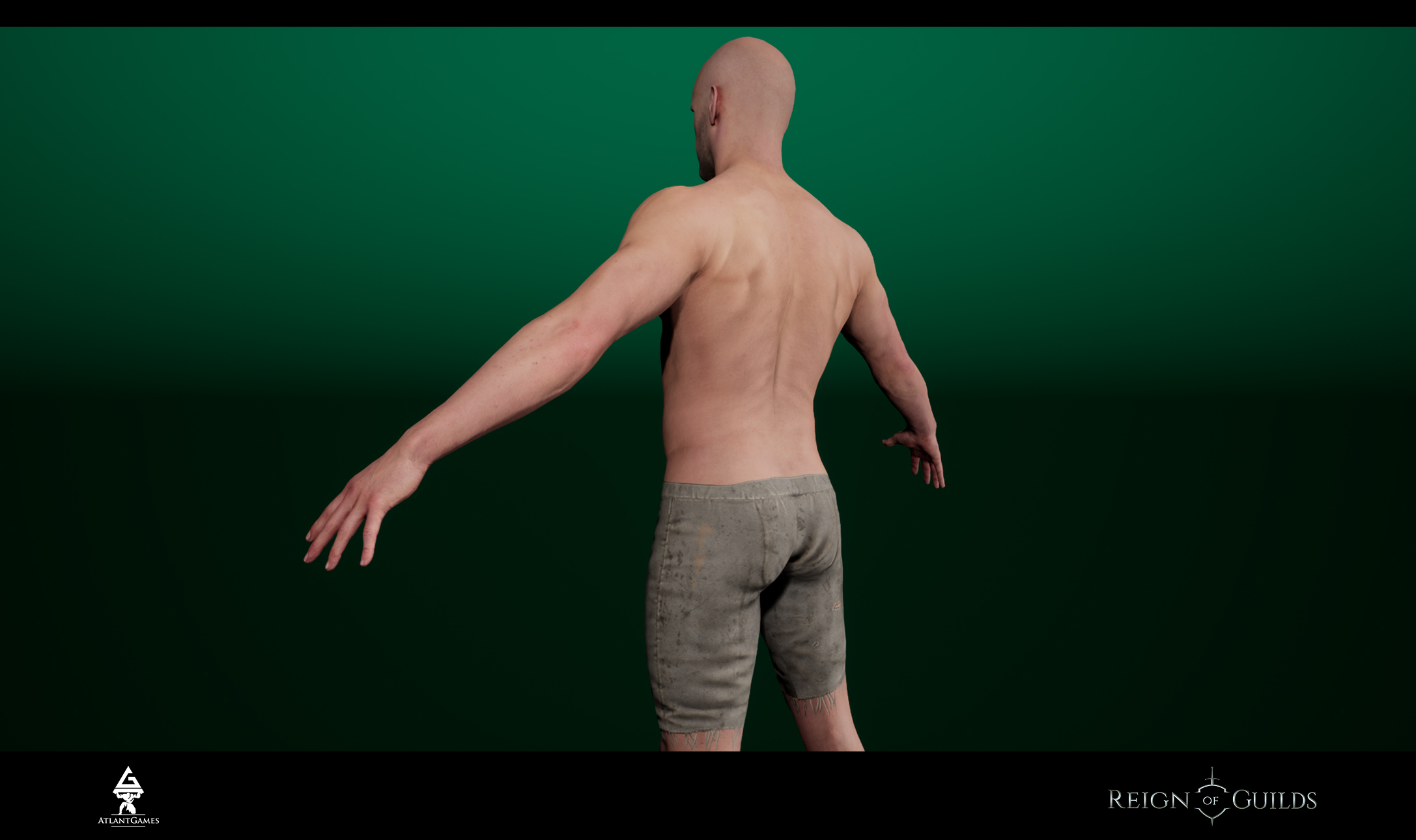 The quality issue of realistic mobs is significant. 2016-18 years have been marked by bears and wolves with the fur showed by the giants of industry.  But technologies are still far from optimization. The realistic fur in the game about witch hunter brought to its knees many game systems.

We are working towards the studying of new technologies that are still to develop.

It’s time to introduce the work with NVIDIA Hairworks in ROG.

We are not sure that we will fall within the optimization of MMORPG genre but we will try. But either way, we will leave this “feature” in addition to ultra settings of graphic. 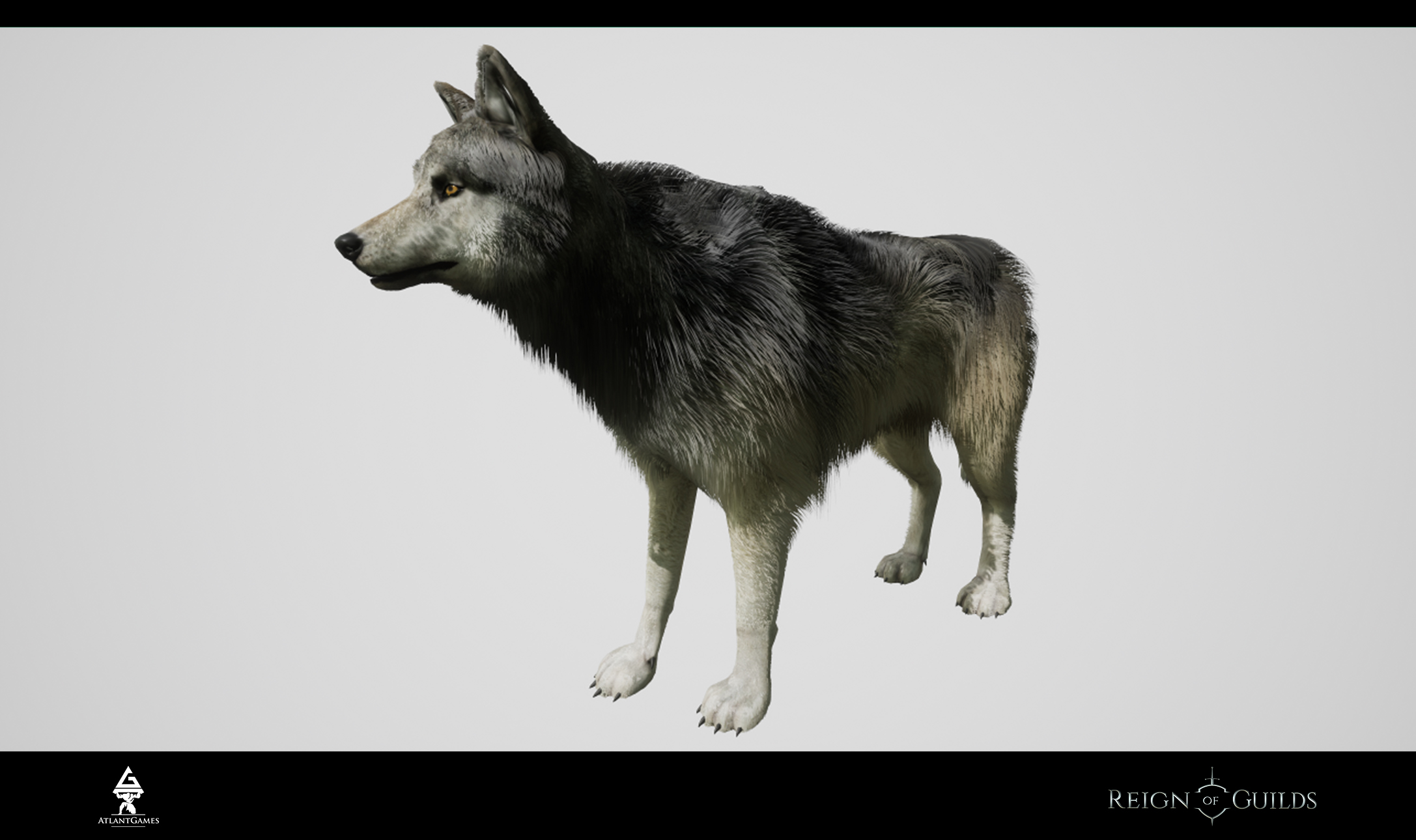 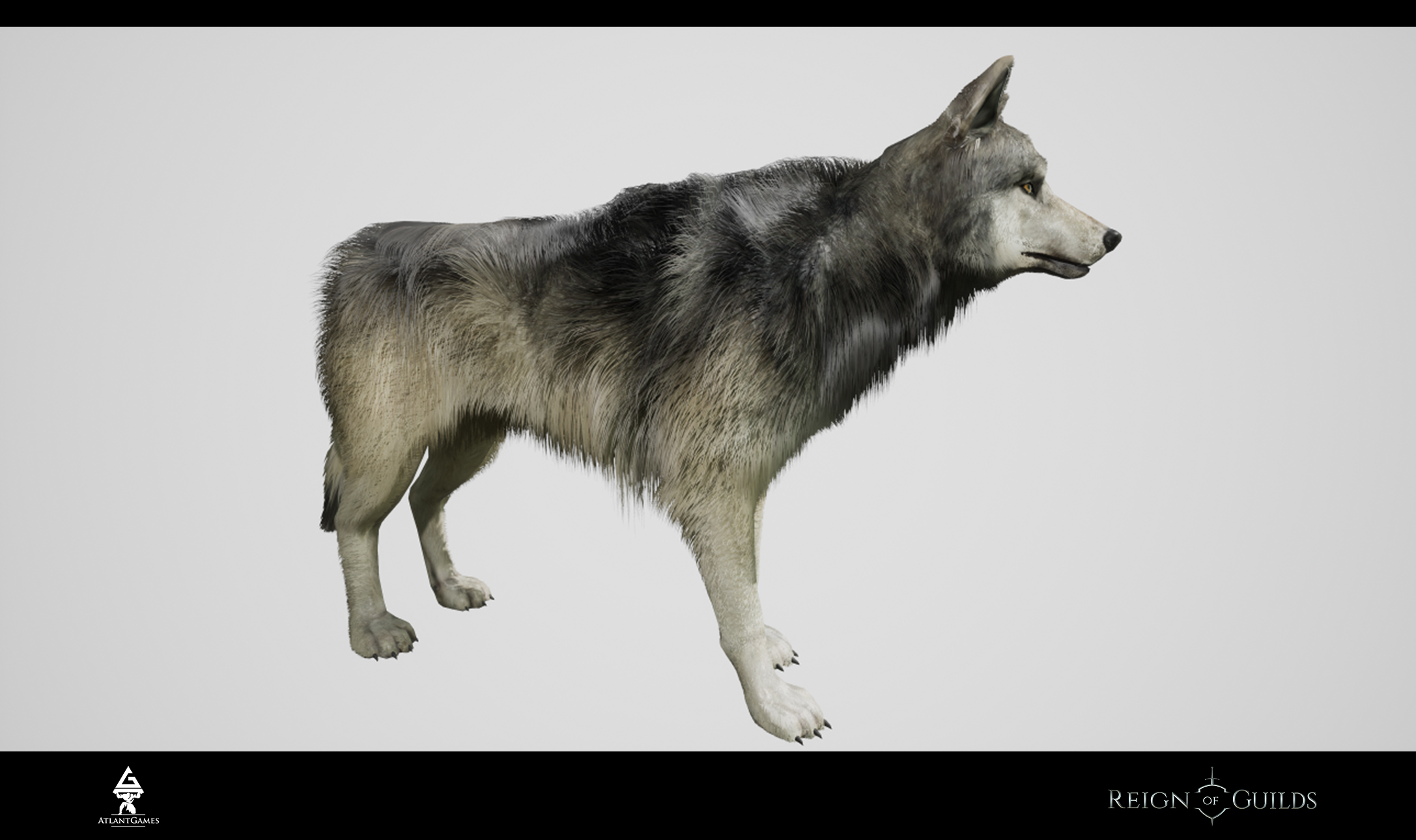 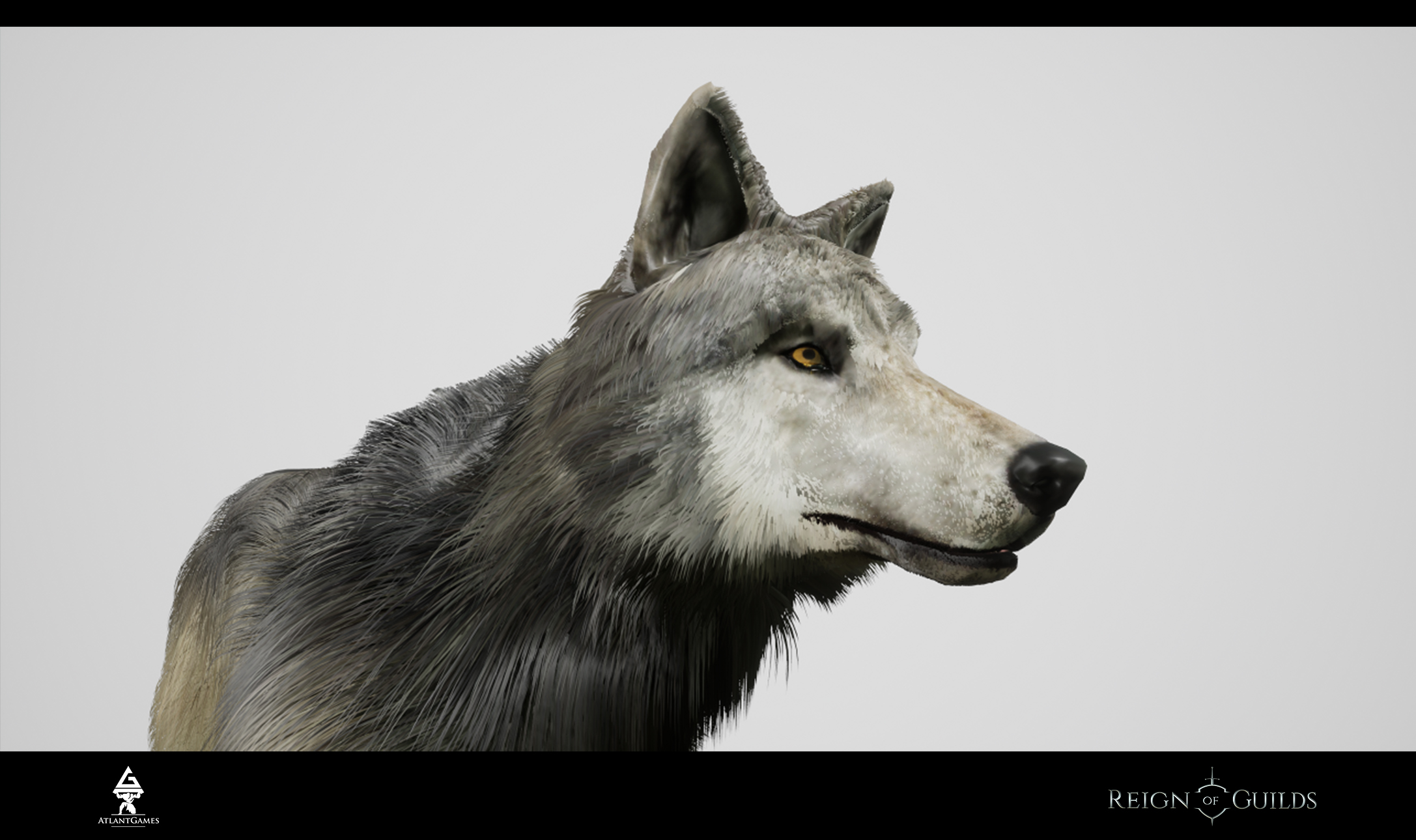 As usual the fur and hairs are created through addition to the character image the polygonal lines and invisible textures. It’s simple but very labour-intensive method. Fur and hairs look static and visually boring. Creating dynamic fur and hairs one can add hundreds of hairs each of which will respond to the movements of a character and external factors realistically.

This dynamic hairs provide more saturated colour gradient and also interact with the light and shadows more natural then it was earlier. Common and local lightning passes through every layer. Even the deepest layers get the natural shading that improves the image quality significantly.

In the last report we mentioned that we got a new member of ROG team responsible only for optimization. His name is Dmitry. For the first week extensive work has been done. One report isn’t enough to tell about it so we will dedicate to it a separate report. Now we will tell only about a small part of the work done.

Optimization of our level design project we can divide into the main sections:

On the one hand, it’s basic set of methods to optimize the project. But every project is unique, there are no two similar projects. The difference between first-person and the third person, the difference in altitude on the continent etc.

We started with detail adjusting the tool for optimization. It makes an engine avoid the processing of objects (i. e. it doesn’t show the objects but reserve it) less than particular size. It bases on the distance from this object to the camera. The main thing is to pursue a middle ground, it will help to avoid the discomfort of houses, appeared in front of you, and it won’t “smother” with FPS. Even first attempt within this parameter produced some results.

We will show an example of a village. 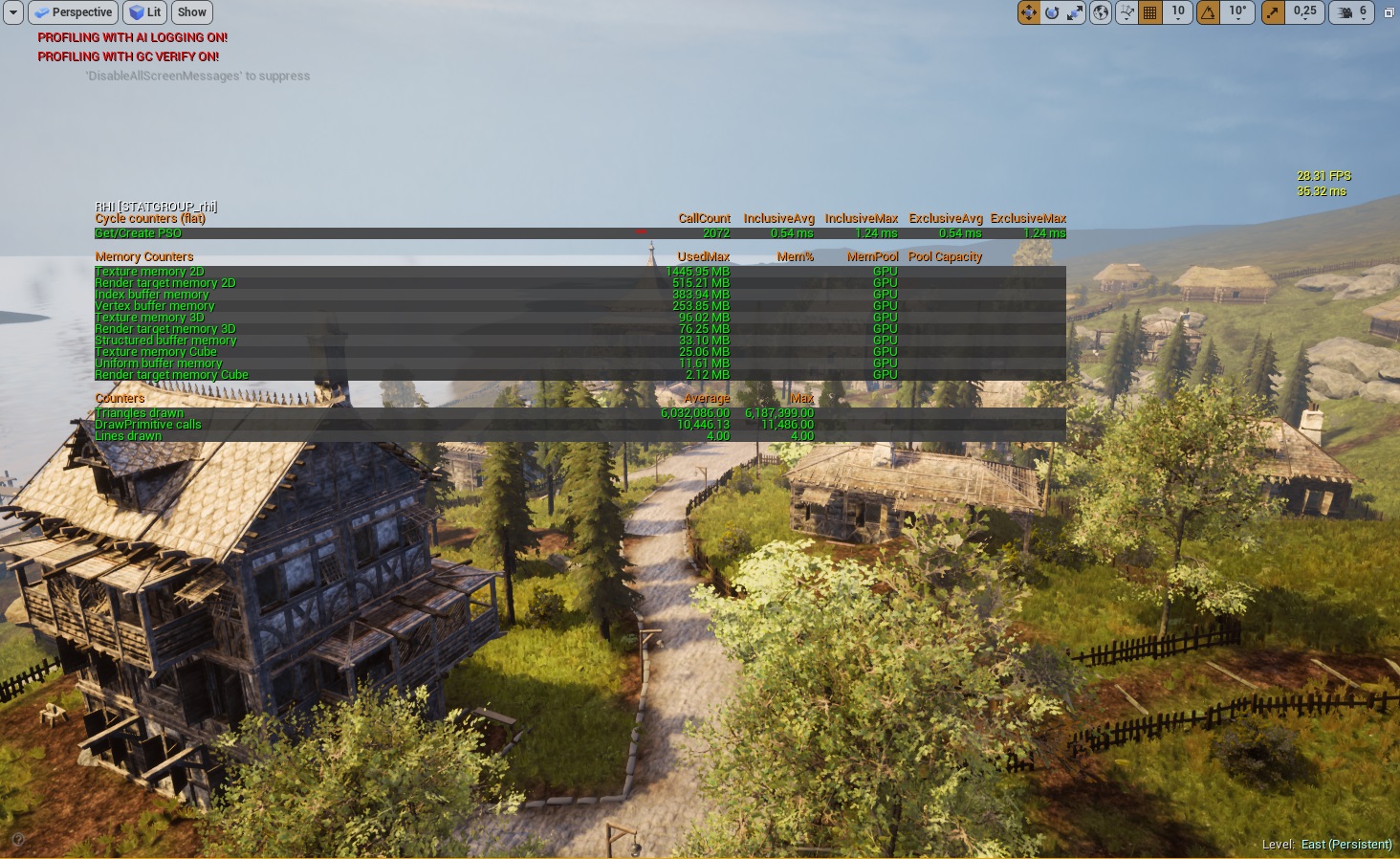 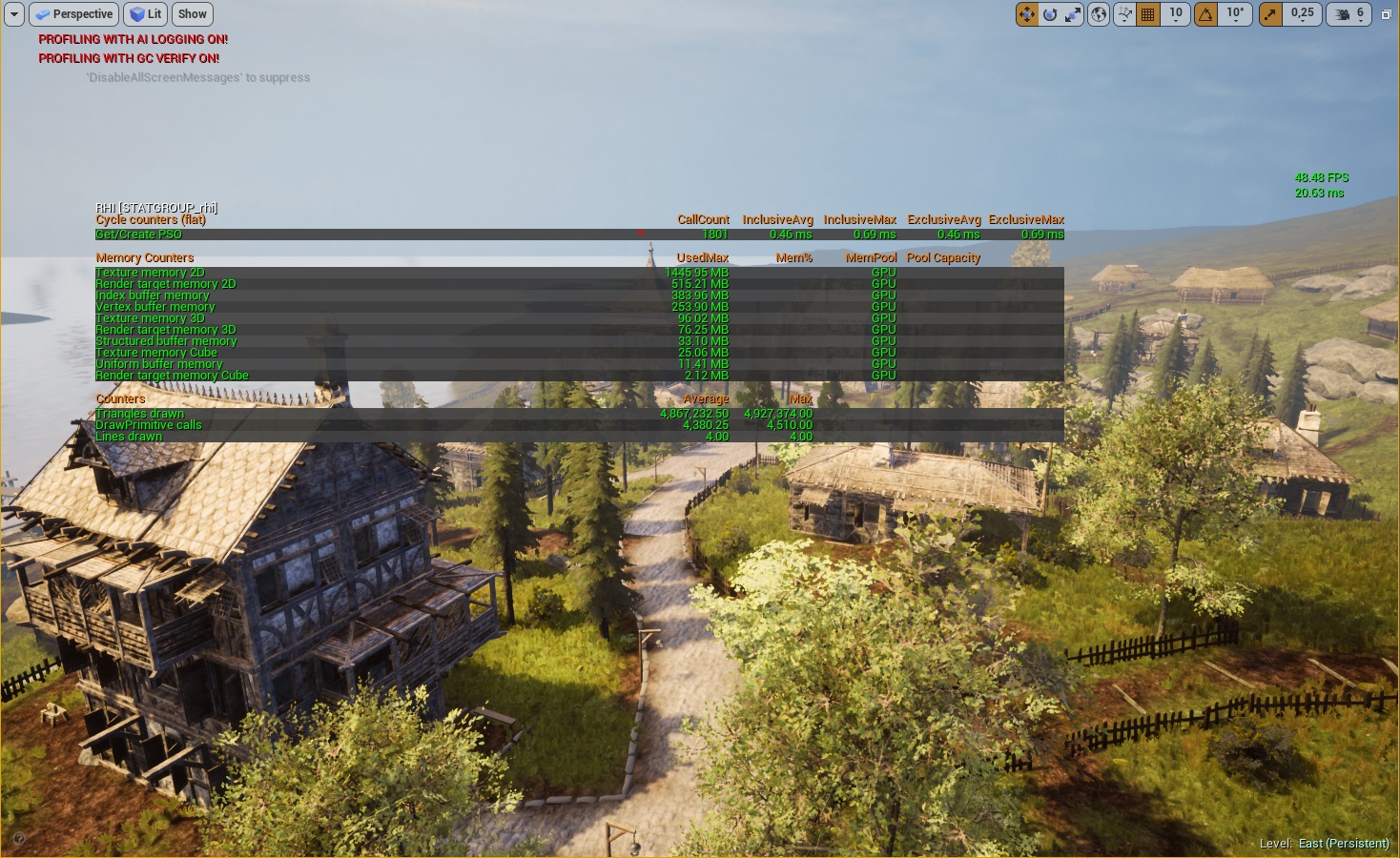 P.S. The above FPS is  the FPS of the project, not of the integrated build. It’s always significantly lower.

In conclusion we will traditionally talk about around-development:

Join to the voting and discuss the report on our Forum.