We feel sorry for our previous report was in the depths of winter while the current one is in the middle of spring. This happened for a number of reasons and we talked about them several times.

Also, we would like to offer our apologies for leaving our social channels desolate, but we set the priorities differently right now.

We raised the issue of nominating emissaries from the community, who would get the rights of moderators in certain social networks and at the forum.

It is also worth noting that currently the reports no longer precede the patches and they even began to fall behind.

Now about the actual report. Here is its structure:

I Mobs. The deer

We have completed the works on coverage of the animal with fur, as well as a series of animations for it.

This is how the deer looks like with the fur: 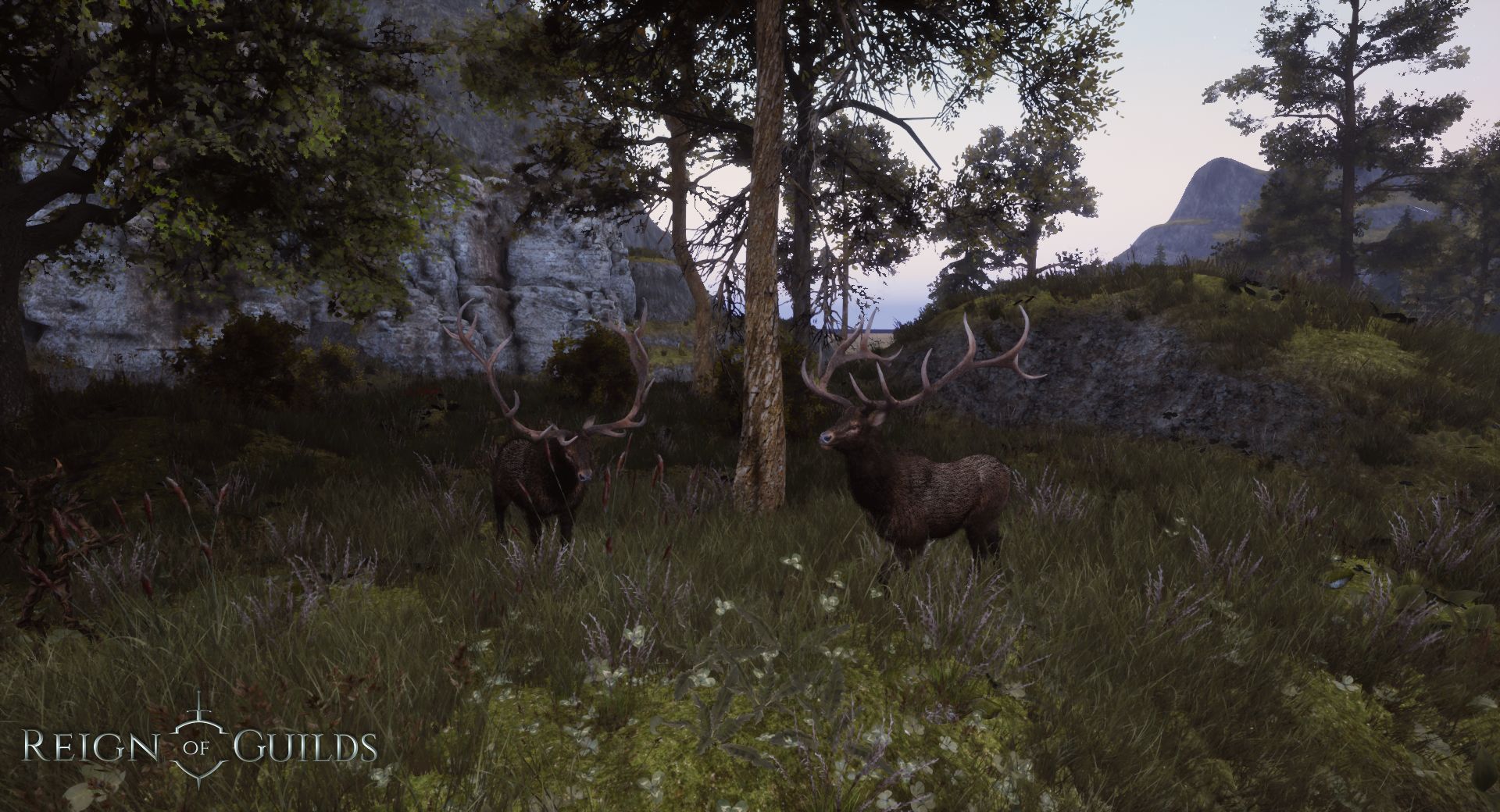 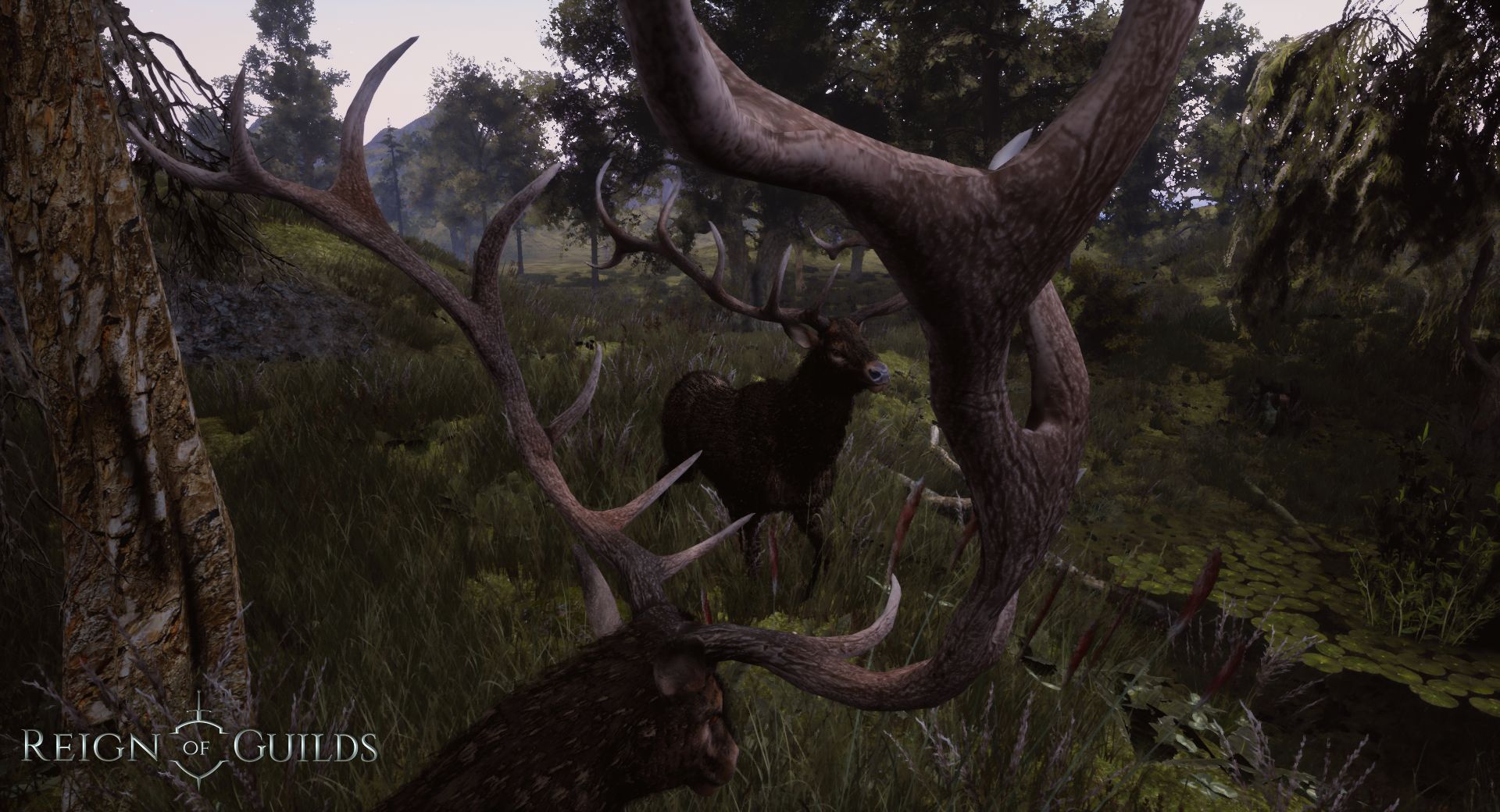 This is how it gets up after rest:

And this is how it runs:

Next time there will be a new wolf, birds, and then animations for all the mobs of animal origin.

In its initial edition, the spawner could spawn and remove mobs at one distance between the player and a spawning point only. As a result, we needed to significantly increase this distance in order to make the appearance/disappearance of mobs go unnoticeable.

We decided that this was not acceptable and here is what we did:

This allows us to exclude the possibility of spamming when mobs appear or disappear in the spawner.

To illustrate the point:

We added a parameter called “field of vision” to mobs that works according to intuitively clear principles (angle of view and distance).

Meanwhile, the distance doesn't always imply triggering a reaction. A mob may see you but it won't react if you are too far.

Currently, the angle of view for everybody is around 150 degrees.

This is how it works:

Initially, we planned to create several pre-made roles and characters for the AI in order to achieve diversity with the help of combining them. In the end, we made a system that works slightly differently:

This system received an internal title ATT (Actions, Triggers and Tags respectively). We will start in reverse order since the tags are characteristics of the triggers, and the triggers launch the actions.

To say it differently, a tag is an object that is traced by the AI. Such a characteristic can be either static or dynamical. This static type is set for all the time, and the dynamical type is required due to one or another action of the object.

Each character got a static tag "Player". A dynamical tag that can be either "aggressor" as one who has attacked another player, "PK" as an assassin attributed to karma, ''owner'' as an owner of a summoned mob, and so on and so forth.

This is a certain rule, in essence, aimed at an object. Its execution triggers one or another action.

There are several categories of triggers: 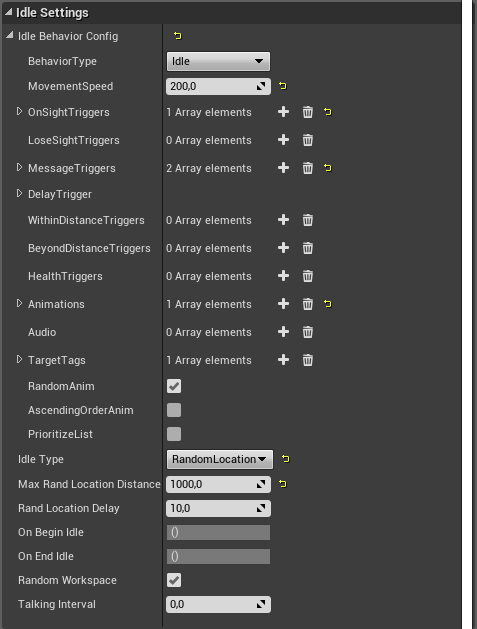 This is the most interesting part. We outlined the following main actions, that can be executed by the AI:

We call with technical actions those actions that won’t be used as-is: 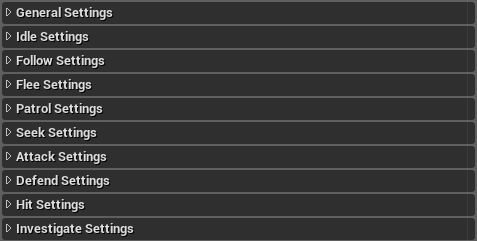 The most simple example:

We set the following parameters for the Stickman:

We will continue providing examples in the upcoming reports. You may estimate by yourself the number of ATT combinations for a realization of this or another character and role.

This is a technical improvement aimed at minimization of falling of feet through the 2.5D material.

In essence, we added a function to offset the visual surface with respect to the surface used to calculate collisions:

After that, we fitted an individual offset for each surface on the technical level.

By the way, now you got an idea about what type of layers the landscape has: 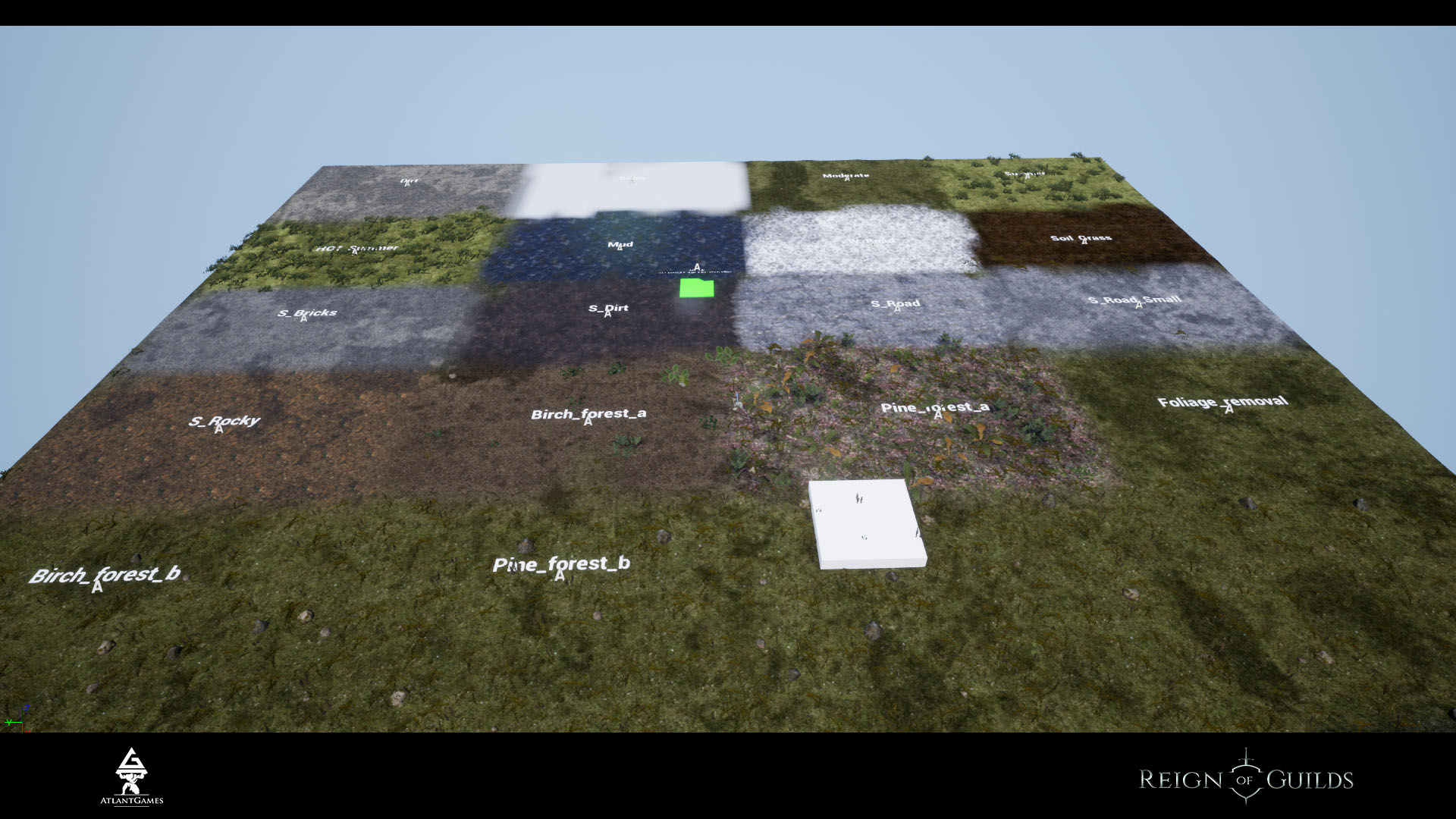 We completed the remaster of materials and textures for all existing by now models of armor, clothes, and accessories.

We would like to remind you what we imply under the remastered is the improvement of texture processing procedures with materials, as well as the introduction of new textures that help us make the parameter ''ragged'' working.

This is how it looks:

During the remastering, we paid sufficient attention to the optimization by working with the main parent material and its ''child'' material instances. This procedure decreases the number of rendering calls by executing essentially the same function but plugging new parameters in it.

Further, we automized the procedure of rendering icons (for the inventory) for items. Also, we made the icons look cooler and less flashy by removing excess light sources. The main thing is that we don't have to do anything manually anymore apart from setting some parameters and launching the algorithms.

Icons “before” and “after” 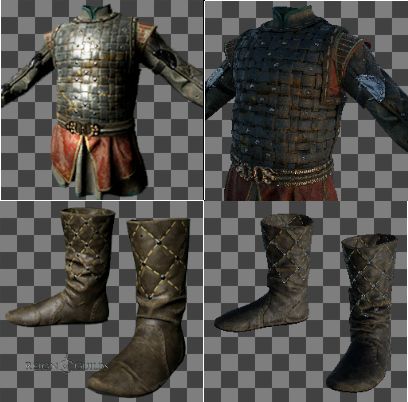 In the end, these are all ready icons by now:

Almost all updated models and created icons are used by new items and were added to new vendors on the PTR server.

The main obstacle that separated us from 50% of completion is this AI 2.0 which we are talking about here and we'll be talking about in the next several reports.

Apart from the AI 2.0, the current update consists of:

First, we'll tell you about our plans. This means everything that you'll see in the future reports:

There is quite an interesting and urgent question about the core gameplay. The general outcry from new players newbies regarding the matter makes it a very relevant topic.

Although many from the ROG club and those who witnessed the prototype know that:

So here's the question: what do you think about allowing one to play the game from the third person with full functionality, but one has to sacrifice something for it. For instance, it may work only as a buff, i.e. it will occupy one slot out of seven available ones?

Since we all know very well that a player in the third person gets a big advantage with FOV although he loses certain things when sensing the distance to the target (even if one uses a scope that gives hints by changing its shape).

This common for many players third-person view mode with the FOV advantage will occupy such a precious for PvP buff slot.

The zoom distance of the camera can be made dependent on the number of slots that the buff occupies.

This is all for now!

Let’s ROG’oms up, friends, during this difficult time!

Yours sincerely, the team of Reign of Guilds