Lost and delayed 34th report is out online!

Today we will talk about what we were doing over all the time since the last news came out. But first, we will explain to you why there’s been no news.

We got burdened with a heavy, routine, administrative and insanely boring task to prepare documentation: its esthetic format and the unified structure. And the main thing is the translation of it in English. This is because negotiations that started with different publishers. As you might guess from the target language of the documentation, there are no domestic publishers on the list.

At the end of the report, there is information about the delivery of contest prizes and thank you from the winners who already got their prizes delivered.

We are going to slightly alter the regular structure of the report as well as mixing up some sections and begin to talk about professions.

We have already shown our sculpt of armor for the Tier 1 (T1) of the blacksmith. We got the most concise response back about his looks:

It reads: "Where is the beard?... Most certainly he needs a badass looking beard. A more brutal-looking one. Otherwise, this is not exactly the blacksmith yet.”

We could not disagree with it. This is why we decided to check how it would be with a beard:

First off, he is the crafter of armor. Secondly, he is the main heavyweight in the game. He remains irreplaceable during mass-PvP regardless of his small number of combat skills since he possesses the most powerful crippling effect in the game. Also, we judge based on the easiness of his controls.

School influence on characteristics and attributes.

It's a skill that is used near the smithy for crafting or repairing items. It doesn't have cooldown, but it decreases the degree of crafting by N points.

It's a skill that is used near the smithy for crafting or repairing items. It has an intermediate cooldown. It doesn't influence the degree of crafting.

It's a skill that is used near the smithy for crafting or repairing items. The cooldown starts from 8 hours of real time. It increases the degree of crafting by N points.

4) Hammer over the anvil

It is AOE around the character in the radius of N meters. It kicks out N points of energy.

It's a self-buff for the special slot #8. Instant activation. After the activation, it reflects all received damage back for the next 3 seconds.

Well and now the actual T1 and T2: 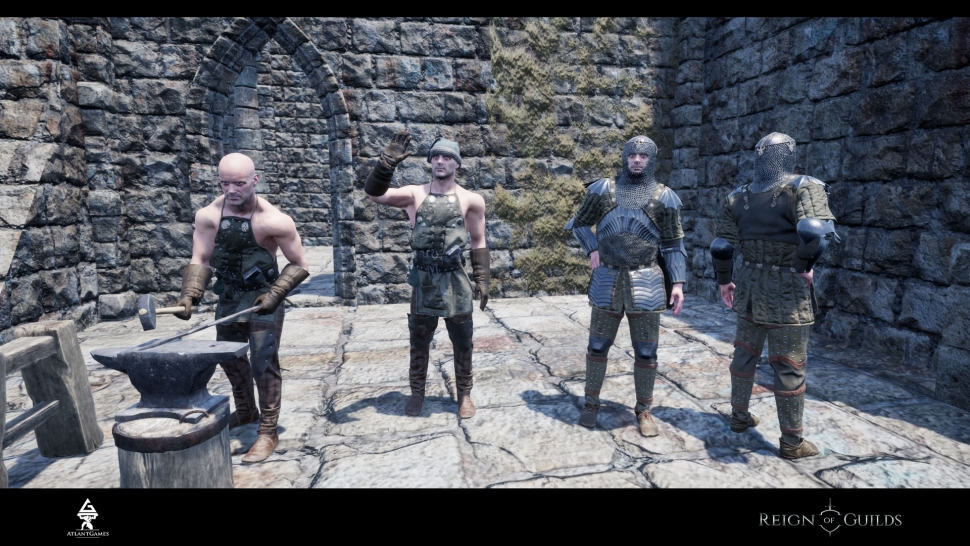 As you may notice, the style of the blacksmith armor is somewhat different from the general style. We tried to find some borderline between Slavic and Northern elements of gear in the details, and, of course, from fantasy :)

It surpasses even the tin can a.k.a. the Master of Steel in terms of heaviness starting from T2. This is because it contains not only a thick quilted jacket but also chain mail elements and scale insertions.

It is highly likely that it will get mirror armor for T3 and T4.

We have finally got around an hour plus of animations captured already in summer. For the sake of these animations, we kept agricultural and constructional instruments for the whole month and here is a part of them:

Attention! The animations haven't been fully cleaned this is why there are some artifacts.

Nagging with a cleaver? Been there, done that!

We got enough of them to stack a pile already along with some animations.

Just like our favorite sabertooth teddy bear, these mobs will be also covered in fur all the time (It’s the most ungrateful and boring job that a modeler could possibly have).

And, for the record, for those who didn't study the Roadmap, we would like to remind you what kind of mobs are in the works for the Early Access. They are arranged according to how cool they get in each section: 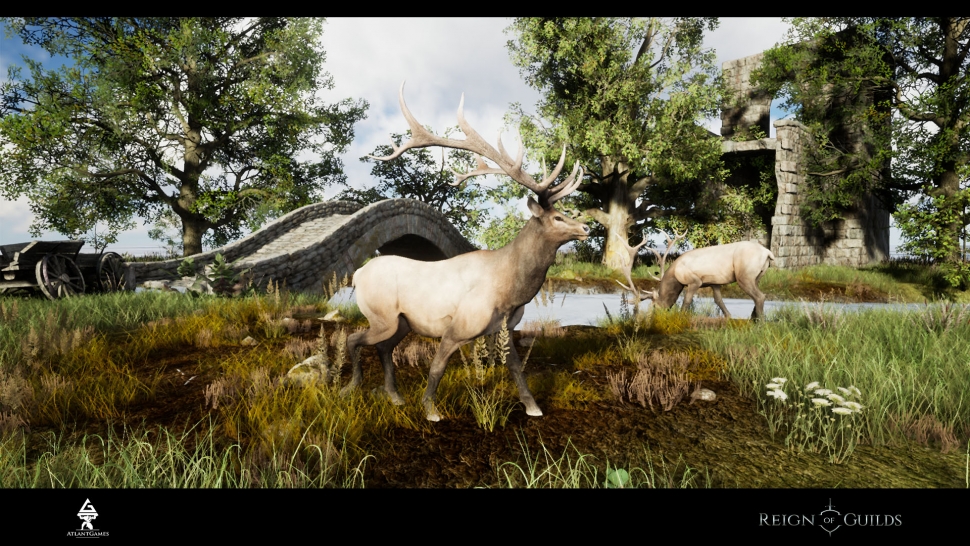 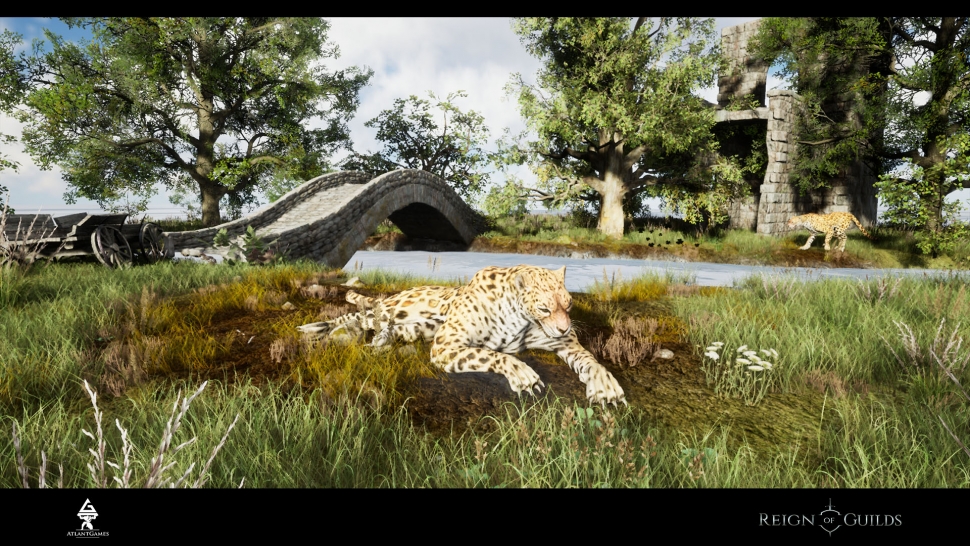 If the most boring and hated job for modelers is doing polygonal hairstyles or fur, then the technical artists hate all sorts of remasters, improvements and little adjustments of some single elements.

Upgrading of materials and individual fitting of parameters for each item can be attributed to such a job.

Only one thing helps in this sort of tasks that apart from strictly technical work, our main modeler of clothes and armor adds extra data in the alpha channel for each main texture (diffuse). This data is used for the creation of “ragged” effect later. We’ve discussed the effect earlier.

The total number of updated and fixed in some cases items:

While editing, we concluded that the report got too big from a technical standpoint. This is why we removed sections from it about:

- epic optimization that allowed us to increase the drawing distance from 0.7 to 3 km and radically revise the lighting in the game;

- the weather and the necessary for it regular update of TrueSky;

The ROG club experienced the first part in patches.

All these will be in the next part along with a section about the AI.

As we mentioned in the VK group, it didn’t go entirely smoothly with the prizes: some sponsors didn’t fulfill their part of the agreement. This is why we together with MadGear had to pay for the prize from our pocket.

Nevertheless, all the prizes except the one for the first place have already been delivered to the winners. Some of whom have already responded about it and some have even promised to share a story about it! We are looking forward to it! :)

"Good evening, the keyboard was delivered by a courier yesterday. I’ll post the story in the group a bit later)"

"Hello. The disk arrived in ideal condition. It’s very nice to get it delivered home. Thank you :)"

“The prize has arrived. The earphones are the bomb!! Everything is great: the packaging, the sound quality, and the convenience of use. Big thanks to the group for the contest. Didn’t expect to win, but I did!!!”

"Good day. I’m very happy and satisfied with the prize. Also, I am grateful to your sponsors (those who did what promised)"

The team of Reign of Guilds